Set-Top Market is Small and Declining, Why Bother Regulating It?

The set-top box market is on the decline, expected to drop by about nine percent in 2016 to less than $16 billion in revenue globally, according to researchers at ABI Research.


Under the best of circumstances, the North American market for set-top boxes is rather small, representing less than $7 billion in annual turnover for all video service suppliers, annually, and perhaps $6 billion in the U.S. market, as the Federal Communications Commission explores methods of opening up the market to competition.


All that at a time when virtually everyone believes the linear video market will continue to be in decline, as over the top streaming services, which require little in the way of “dedicated decoder” support, will simply use standard IP-capable screens. 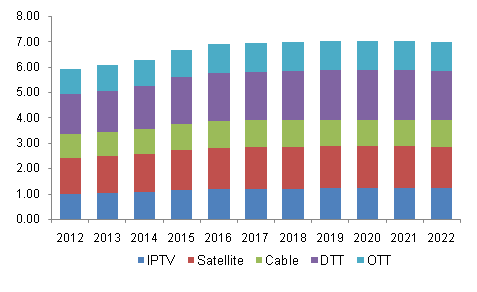 
The point is that regulating markets in decline tends to be a poor use of regulatory effort. In fact, if anything, a light touch is required, as declining markets tend to feature “underinvestment” as a rule.


The other issue is that spending time on small and declining markets likewise is an inefficient use of regulator time and effort, as such markets are, by definition, relatively inconsequential and, in any case, are destined to shrink over time, in any case.

Whatever one thinks about the degree of competition in the set-top decoder market, it is a small industrial product segment that is declining in value. Regulators undoubtedly have many bigger issues to confront than that.

Consumers probably are not interested in "owning" clunky boxes whose only function is to provide channel tuning and conditional access for linear video service. Set-tops are industrial products of little, if any, intrinsic value to consumers. They are not phones. Not even music players or cameras. Who cares, really, about "owning" such industrial products?
at May 25, 2016