Sprint added 58,000 net accounts in the first quarter of 2016, including 22,000 postpaid phone accounts, part of a total net gain of 56,000 postpaid accounts. On a year-over-year basis, Sprint dramatically improved its account metrics, up about 1.5 million net accounts, year over year.


Taking nothing away from Sprint’s improving performance, and that of T-Mobile US, some might argue that all analysis of mobile markets globally tends to suggest that national regulator efforts to sustain four-supplier markets ultimately will prove untenable. 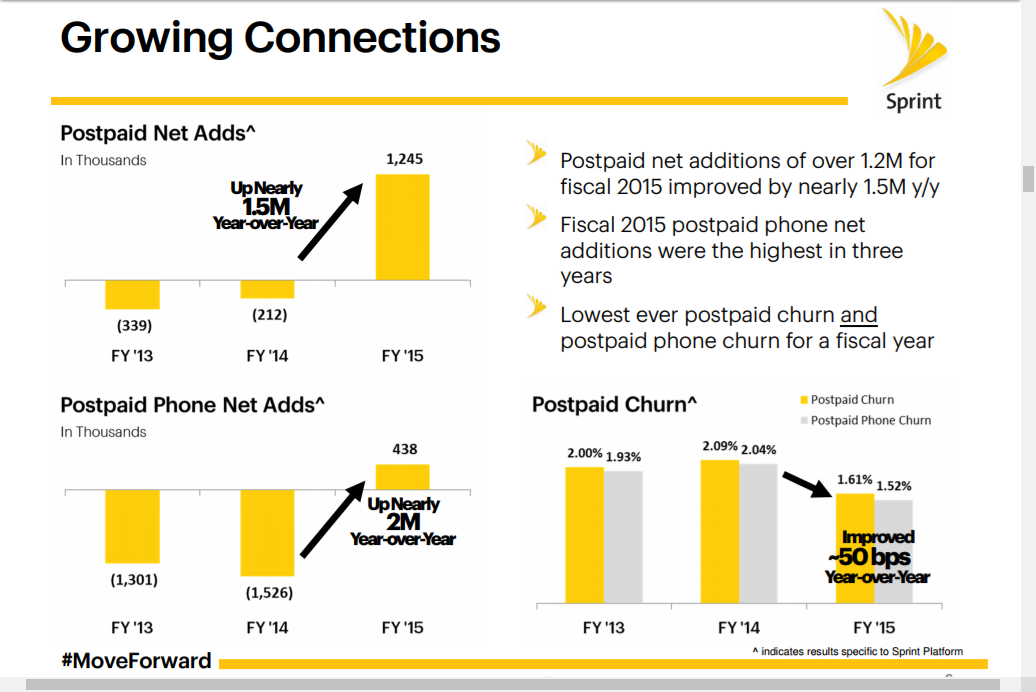 
Simply, it has not yet been conclusively demonstrated that any mobile market can sustain more than two operators,  long term, with current industry cost structures. In other words, all debate about whether “three or four” mobile operators is the minimum essential to support competition might ultimately prove moot.


Globally, as well as In the Middle East and Africa region, profitability of operations for individual players correlates strongly with in-market scale measured by achieved revenue market share, McKinsey notes.


Sustaining an EBITDA margin of 30 percent can be considered a minimum proxy value for achieving capital returns above the weighted cost of capital, McKinsey says.


Entrants unable to capture a significant revenue share of their market--more than 25 percent-- will be unlikely to achieve EBITDA margins above 30 percent. 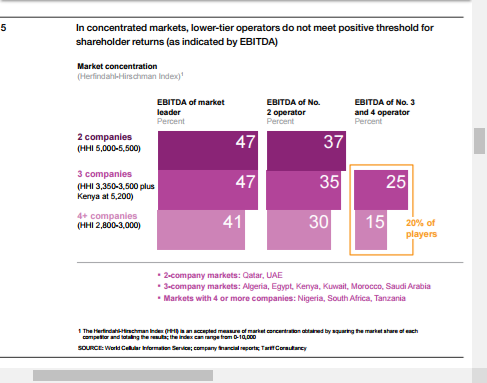 
There is an important caveat, however. If, somehow, the average cost of creating a mobile business should change in an important way, reducing especially infrastructure capital investment and operating costs, then it is possible sustainable market structures could change.


It might be possible, long term, for more than two major suppliers to be profitable. But that might hinge on major changes in capital requirements and operating cost. That is why all developments in network virtualization, access to shared and unlicensed spectrum, and networks based on use of unlicensed and shared spectrum, are important.

Such developments can change the industry cost profile.
at May 03, 2016