India will overtake the United States to become the second-largest smartphone market in 2017, says Morgan Stanley.


“Following our survey of more than 2,600 urban smartphone buyers in India, we raise our global smartphone unit growth estimate by one percentage point in each of 2017 and 2018,” Morgan Stanley said.
The firm expects 23 percent compounded annual growth rate for Indian smartphones through 2018, representing about 30 percent of the global unit growth.


Reliance Jio’s entry into the mobile services market, with its  own handset brand “LYF” could be disruptive, if Jio gains 30 million subscribers in 2016 and 60 million in 2017, as Morgan Stanley researchers predict.


The high-end smartphone market in India is small, with only six million units at the $300-plus range, or six percent of the total, at the moment.


Such predictions have had India vaulting up the ranks since 2013. 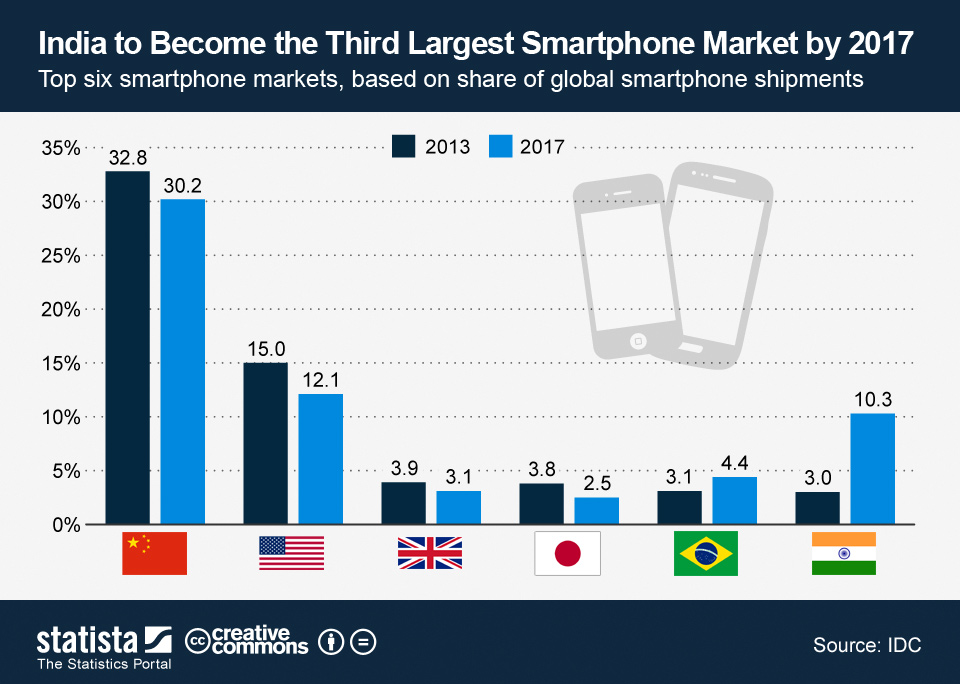