Telecom Outsourcing Will Grow 3% Annually Through 2020

It never is easy for any executive to clearly identify a company’s “core competence.” Asked to do so, most people cite a list of “things we think we do well.”


That is not core competence. To the extent a firm has such competence, and it is possible many firms do not, it is the singular capability that competitors cannot replicate. It is not “things we think we do well,” if other competitors also can make a credible claim in those areas.


As it turns out, many mobile operators find that operating access networks really is not a core competence, or at least adds little value.


Still, outsourcing is rather a subtle thing. About 52 percent of carrier outsourcing revenue in 2015 was in the areas of network maintenance, build, planning and design, not core operations.


Managed service revenues for outsourced operations, network maintenance and network planning and design s expected to grow at a three percent CAGR from 2015 to 2020, driven by a mix of full operation outsourcing and radio access network (RAN) sharing, according to Infonetics estimates. 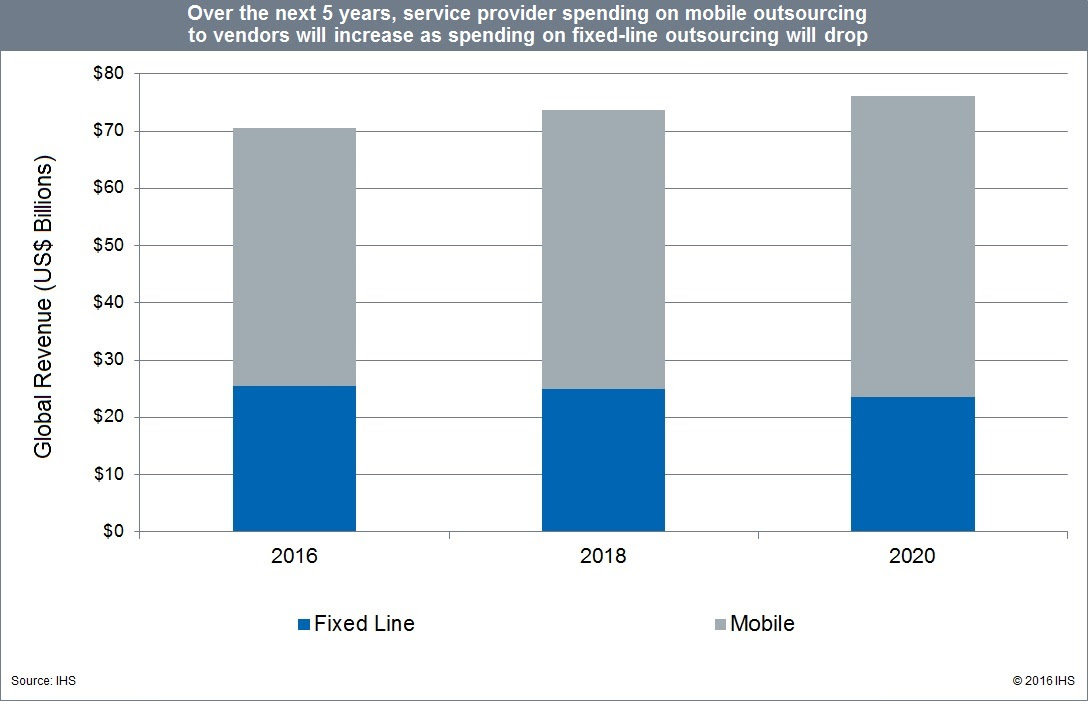 
In 2014 worldwide telecom outsourcing and managed services revenue decreased 0.4 percent from 2013, falling to $66.6 billion, according to IHS Infonetics Research.


Network maintenance, build, planning and design accounted for over half of service provider outsourcing revenue in 2014.


Telecom outsourcing services will reach $76 billion by 2020, growing at a compound annual growth rate of two percent and driven by mobile network outsourcing deals as more and more mobile operators try to keep their opex under control by removing non-core tasks. 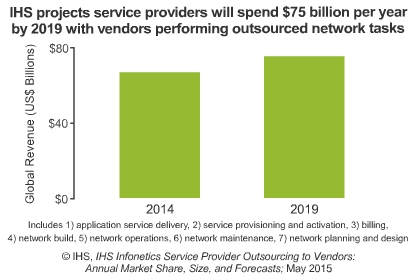 
Europe, Middle East, Africa remained the world’s largest outsourcing and managed services market in 2015 and is expected to do so through at least 2020.
at May 05, 2016