One hard reality of the access provider (we used to call this “telecom” ) business is that ecosystem value in the “access networks” portion of the business is going to be under increasing and persistent pressure over the next couple of decades, at least in developed nations.


So lower revenues and lower profit margins are almost certainly going to be on-going pressures within the access business.


Not only are new providers having lots of success in the market, notably cable TV providers and more recently perhaps Google Fiber, independent ISPs and a growing number of municipal networks, but we are far from exhausting what could happen in the future with new or rival platforms.

Mobile 5G is noteworthy, as it might well offer gigabit speeds, especially in a fixed wireless configuration. And it is difficult to say whether other retail suppliers or lower-cost platforms could emerge.

In contrast, there are at least some other markets where fixed network operators are, at least for the moment, increasing subscriber accounts.

As is the case in many mobile markets, subscriber account are growing as additional subscribers are added and ass mobile Internet access revenues begin to scale up.

America Movil, for example, arguably performed better in the first quarter of 2016 in its fixed networks segment, compared to the mobile segment. 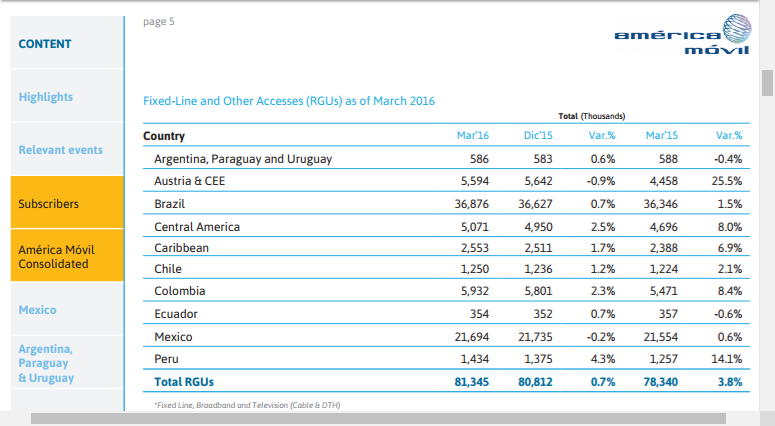