5G Will be Built on Innovations First Seen in 4G

It now is clear that 5G will be built on 4G, in several different ways. Consider only the issue of bandwidth, which will increase in the 5G era by an order of magnitude or two orders of magnitude over 4G.


No single technology element will drive all or most of the speed increases. Instead, a few different approaches, used together, will be key:


All of those elements, together, will be pioneered first for higher-speed 4G networks, and then will be developed in a 5G context.


But it is fair to note that all the other fundamental improvements will first see commercial application to support 4G networks. In the spectrum (physical capacity) area, several approaches--new, unlicensed and shared spectrum--will be key, and in many ways are inseparable.


The biggest innovations come in the use of shared spectrum, in several ways. First, new dynamic ways of enabling spectrum use will be commercialized, using methods such as the Citizens Broadband Radio Service (CBRS), which allows new commercial users access to licensed spectrum allocated to government users, without relocating those users, using new spectrum access systems. 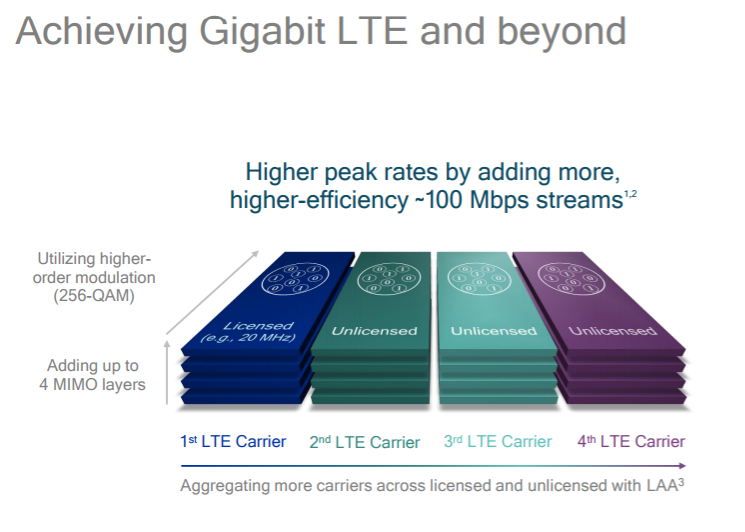 
Also, 4G will be the first mobile network generation to make use of coordinated aggregation of licensed and unlicensed spectrum that essentially bonds those assets to support 4G access.


This is a step beyond “offload” of traffic from the mobile network to Wi-Fi, and actually integrates licensed and unlicensed resources so that, from a device or user perspective, both sets of spectrum assets are part of a unified access network.


Use of better radios (multiple input, multiple output) also will be seen first in 4G, and will boost throughput about four times, ultimately. 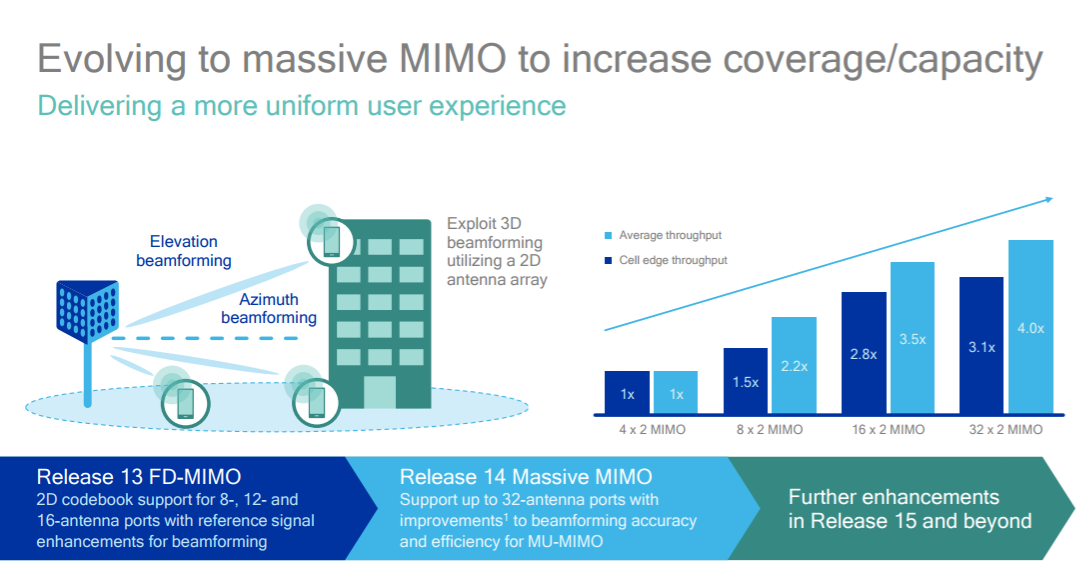 source: Qualcomm
Taken all together, the enhancements first seen in 4G will continue with 5G, creating something historically new in the retail parts of the mobile and telecom business: capacity abundance where all prior networks have been bound by scarcity.


That has huge business model implications. To the extent that all telecom business models and profit margins have been built on “scarcity,” the fundamental underpinnings of the business will change.


When there is abundance, economics teaches, unit prices fall. Scarce goods with known demand always get “cheaper” in terms of retail price when there is much more supply.


Like it or not, in the “access” part of the telecom revenue model, “dumb pipe” economics and business models are going to hold. That trend has been made clear enough in the whole internet era as more retail bandwidth has been accompanied by lower prices per bit.


In other words, over time, the retail cost of consuming internet bandwidth has dropped continually. That, in turn, has enabled (or forced) near-zero pricing levels, which is why telcos always fear becoming simple “dumb pipe” providers and why the search for ways to create roles “up the stack” also is considered so important.


That will be the key challenge for mobile operators in the 5G era: even as the network itself offers vastly more bandwidth, the retail price of units of bandwidth will keep falling, forcing ISPs to look elsewhere within the ecosystem for roles that have higher profit margins and different revenue streams.
at July 08, 2017