It never is easy to compare prices for internet access across countries, partly because of currency fluctuations, but mostly because prices have to be considered in context: what other goods cost locally, which plans are compared and which plans most people buy, for example, really matter.


Most comparisons are made on “absolute” price measures, not adjusted for local prices. So one study of prices shows typical monthly prices between $45 a month to $65 a month for access at speeds between 25 Mbps and 50 Mbps.


This chart from CB Insights shows typical internet access speeds and typical prices in a number of countries. With the caveat that it matters how one chooses a single speed or price to characterize access in any country, as well as stating prices in uniform terms across countries (purchasing power parity), South Korea remains the outlier, with faster speeds and lower prices than most. 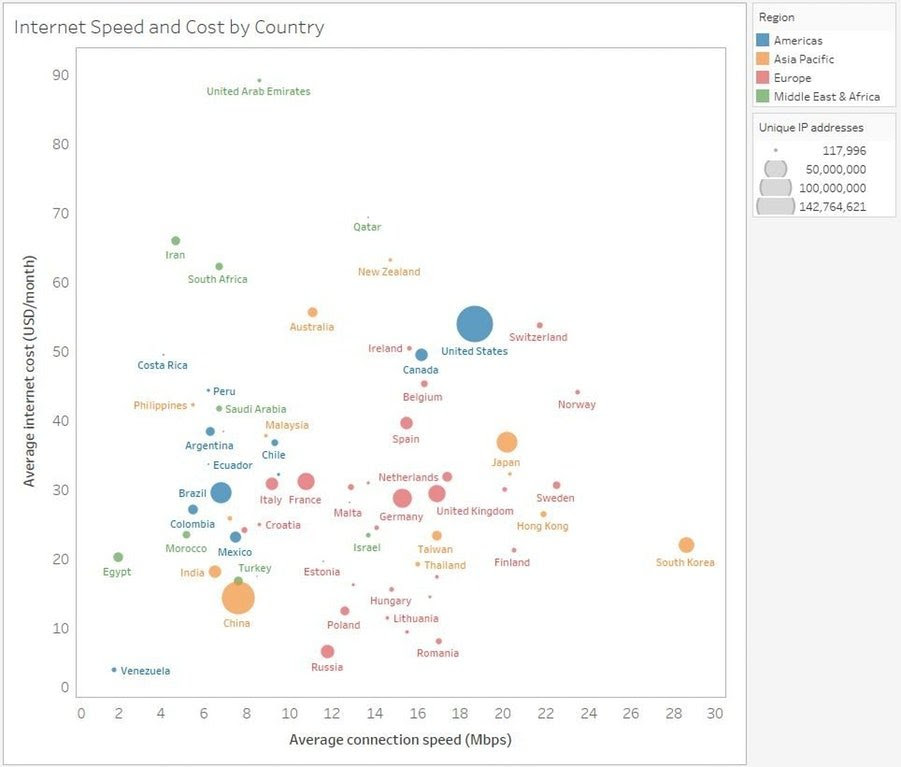 
And even when using the PPP method, prices (megabits per second per dollar) vary across countries. 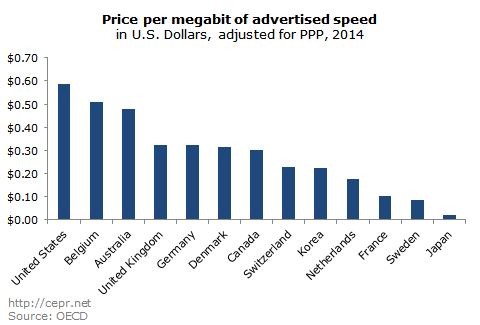 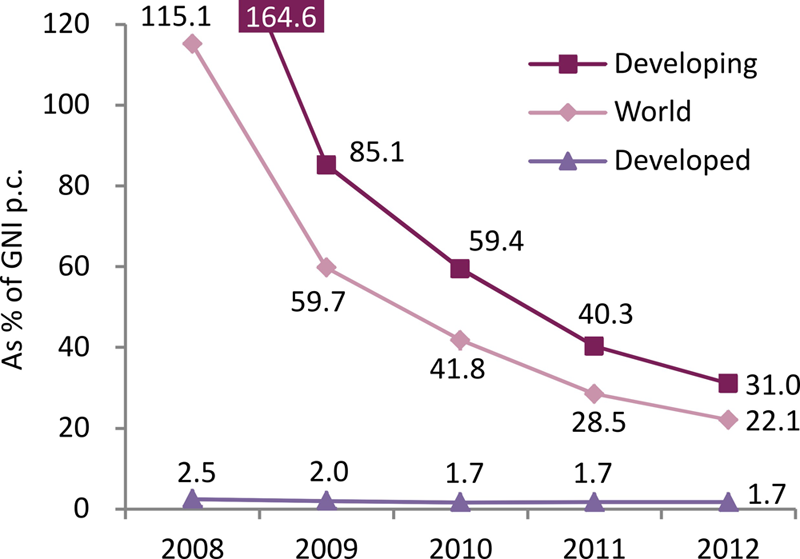 But even adjusted for purchasing power parity, prices can be deceiving. According to the International Telecommunications Union, on a “percent of gross national income per person” basis, developed nation fixed network internet access costs about 1.7 percent of GNI per person, compared to levels an order of magnitude higher in developing markets.


So comparing prices is difficult. Beyond all that, there is the matter of “effectiveness.” To the extent that fast internet access matters for economic development and social well-being, most observers will argue that “more” is “better.”


But it is next to impossible to prove causation (better broadband creates more or faster economic growth). Yes, there are correlations. Richer nations have faster broadband, generally at lower cost, depending on the metric used to measure. But one might argue that correlation is not causation.


In other words, richer countries have faster broadband because they can afford faster broadband more easily. So wealth leads to faster internet access. Faster internet might help support economic growth (something we act as though it were true), but only when other foundations are present (stable legal framework, stable currency, critical mass of developers, investment capital available, literacy high, educational levels high, other sources of comparative advantage are present).