By 2020, Most Software Products will Use Artificial Intelligence

By 2020, almost every new software product and service will incorporate artificial intelligence features, Gartner predicts.
Though it remains unclear how much business impact might eventually be derived, some early adopters already find AI contributes.


Amazon uses robotics to automate “picking and packing” activities in its warehouses, McKinsey notes. The “click to ship” cycle time, which ranged from 60 to 75 minutes with humans, fell to 15 minutes after applying robotics, while inventory capacity increased by 50 percent. Operating costs fell an estimated 20 percent, McKinsey argues.


Netflix uses AI to personalize recommendations. Netflix found that customers, on average, give up 90 seconds after searching for a movie. By improving search results, Netflix projects that they have avoided canceled subscriptions that would reduce its revenue by $1 billion annually.


Healthcare, financial services, and professional services are seeing the greatest increase in their profit margins as a result of AI adoption, McKinsey argues.


The McKinsey Global Institute Study on Artificial Intelligence, The Next Digital Frontier also estimates that total annual external investment in AI at between $8 billion to $12 billion in 2016, with machine learning attracting nearly 60 percent of that investment.


Robotics and speech recognition are two of the most popular investment areas. 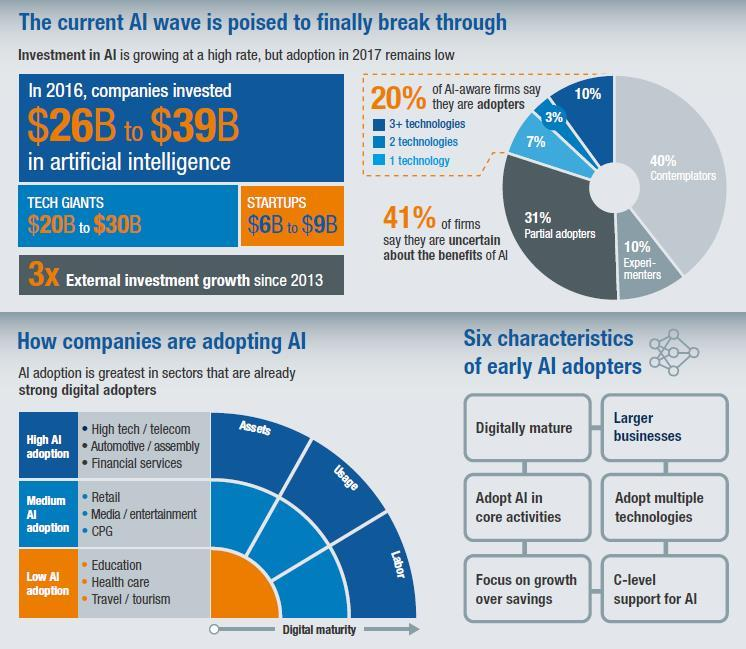 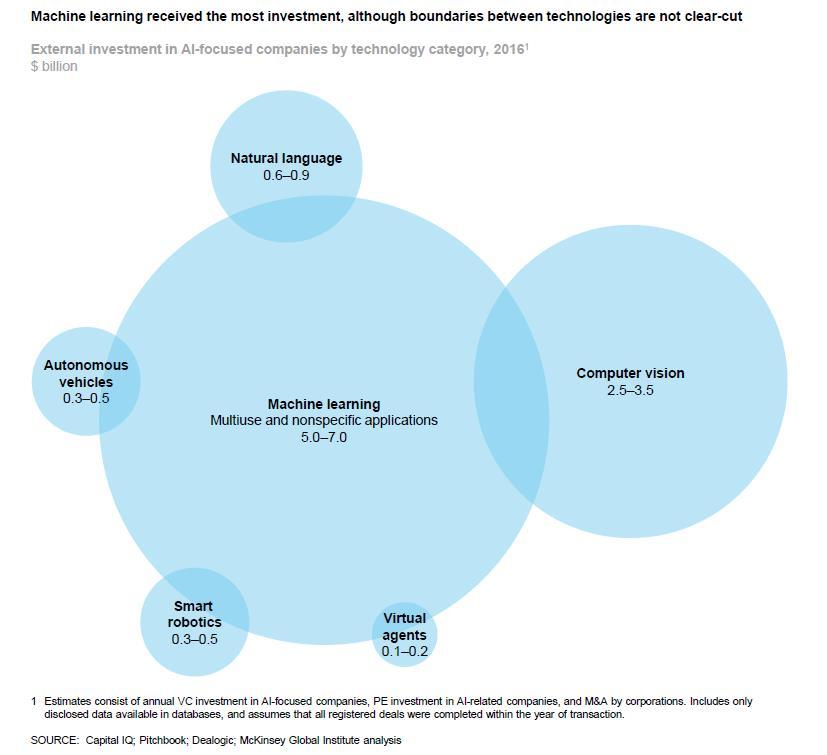