North American customers also say internet is the line of service with which they are least satisfied and least likely to recommend. Streaming services sit at the opposite end of the spectrum, ranking highest among customers among the categories of internet access, subscription TV, telephone service, mobility and streaming video services.


In fact, InMoment says consumers tend to view their service providers as “the enemy,” the customer experience study by InMoment found.


Beyond, that, “ the industry has become an unsympathetic target everyone loves to hate,” InMoment’s survey of 11,000 North American consumers suggests.


In fact, service  providers themselves “are still viewed as a necessary evil rather than lauded for providing much-needed services,”  InMoment says.


Generally speaking, one would expect satisfaction scores to rise over time, as unhappy customers desert, while relatively more-satisfied customers remain. That does seem to borne out by the InMoment finding. After two years, scores generally rise, even if. after a year, most consumers are less happy.


“Satisfaction decreases universally for the first time at the one year mark, no matter the line of service,” InMoment says. “The same pattern occurs with a customer’s likelihood to recommend.” 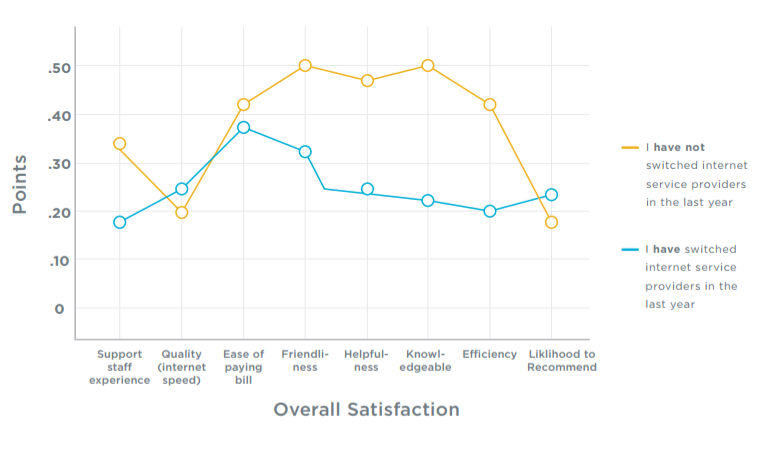