"Move Up the Stack or Not?

Generally speaking, future telecom strategies come in two basic flavors. The first is the “be the low cost access provider” strategy. Among the key issues: can an entity gain enough scale to offset low average revenue per account? Can the entity cut costs fast enough, and continually, and still survive?


The other is the “move up the stack” strategy. Both are risky.


“Carriers have at various times tried to market their own devices, build portals for apps and entertainment, and provide outsourced IT services,” Strategy& notes. “The results, however, have been mostly disappointing.”


There’s a sort of simple way to plot strategic choices. Only a few of the larger entities will have the ability to really transform their business models and “escape” the “access provider” model.


For most service providers, some version of the “low cost provider” strategy will have to do, as there is not going to be enough capital or other resources to do anything else.


To be sure, there will be lots of fancy language about how former access providers can  transform their value, roles and revenue. All such thinking involves some form of “moving up the stack,” as hard as that might be. To be sure, there are things devices and networks supply, at the bottom of the stack. 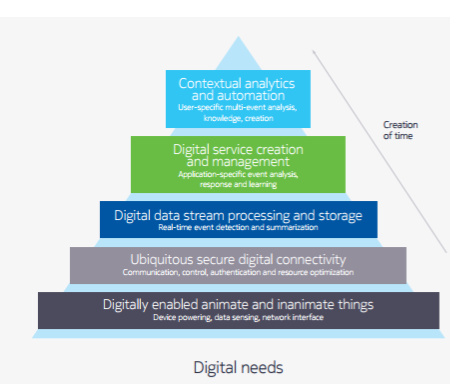 
As always, though, the higher-value opportunities lie in the platform functions (if such a role can be created) and the actual outcomes or apps used by potential customers and users.


In the consumer space, consider the role played by video content and associated subscription services. Many point out that gains by “streaming” services that are a substitute (however imperfect) for linear subscriptions, so far, have failed to fully replace lost linear revenues.


There are analogies. IP voice services or apps have not displaced lost legacy voice and messaging services. So the point is not whether over the top (OTT) video subscriptions ever will directly recapture linear video revenue levels.


If the voice and messaging experience provides guidance, OTT video entertainment will not do so. So why bother? Because doing nothing leads to a worse outcome. Even if gross revenue and profit margins for OTT video dip from linear levels--even dip significantly--that incremental revenue and profit is important.


There appears to be nothing access providers can do to prevent erosion of voice, messaging and linear video revenue sources. And there is growing pressure on internet access revenues and profits as well.


But how sustainable is a future characterized by ever-smaller voice, messaging and video revenues, with perhaps flat internet access revenues? The point is that, even at the risk of lower margins and gross revenue, owning content assets is arguably more sustainable than not owning such assets.


The same observation can be made about legacy and emerging business and enterprise revenue sources. It is not likely that average revenue per unit for any class of connectivity services sold to businesses will grow, in the future.


So unless a service provider believes it can keep reducing cost to match declining revenues, a dumb pipe business model is risky. To be sure, moving up the stack also is quite risky. But unless you believe service providers can perpetually “cut their way to success,” value generation “up the stack” is going to be necessary, no matter how difficult.
at July 26, 2017