Not often is a slow-moving industry confronted by cataclysmic rates of change. But that is precisely what the telecom industry faces now. "Massive consolidation" and "spectacular change" are the ways Capgemini has characterized what is coming.

One example of the rate of change: Where today there are 800 telcos globally, by 2025 only about 105 will still exist, says Bell Labs. So within a decade, the industry will see the most-shocking consolidation in its history.


For most of its history, telecommunications was a monopoly, expensive and used by relatively few people. That meant one set of regulatory and policy issues, mostly centered on how to manage prices in a slow-moving utility industry.


All that changed in the late 1980s, when a global wave of privatization and competition began to take shape. For the first time, the policy framework shifted to ways to dismantle the monopoly regime and replace it with competitive markets. 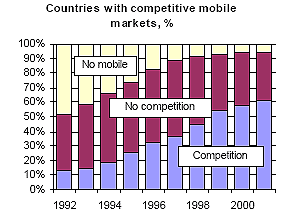 
We are entering another new era, with unprecedented new challenges for policymakers:


To prepare telecom professionals for all those changes, the PTC has created a new program called “Industry Transformation Boot Camp,” a week-long program explaining what is coming; why it is coming; what people plan to do about it; and why 5G will play such a prominent role in determining the outcome.


At the same time, as the wisdom of “everyone sells” has proven to be valuable, the next phase of industry transformation will require an “everyone thinks like a CEO” attitude, so fast, and so furious, will the changes be coming.


Created from two elements--Spectrum Futures (5G) and PTC Academy (“think like a CEO”), the boot camp will clearly explain what will happen (massive industry consolidation; business model collapse) and why. More importantly, boot camp attendees will learn why the changes are happening; what can be done to hasten the transformations and where the opportunities and dangers lie.