“Organically, fiber-based products grew more than three percent” (in the second quarter of 2017) said Matthew Ellis, Verizon CFO. Many will interpret that as a sign of clear progress for the FiOS network, and it is, in many respects.


One always has to evaluate “new” revenue from next generation platforms on a “net” basis, as is the case for other statistics such as mobile account gains. The simple reason is that a legacy or incumbent provider mostly finds that the next-generation platform cannibalizes some existing revenue, while hopefully creating incrementally-new revenue streams.


So it is with Verizon’s fixed network operations. “On an organic basis, wireline segment revenue decreased 2.8 percent compared to a decline of 3.2 percent last quarter,” said Ellis. “This shift in the wireline revenue trend towards fiber is growing.”


So FiOS and fiber-based revenue was up three percent, while segment revenue was down 2.8 percent. 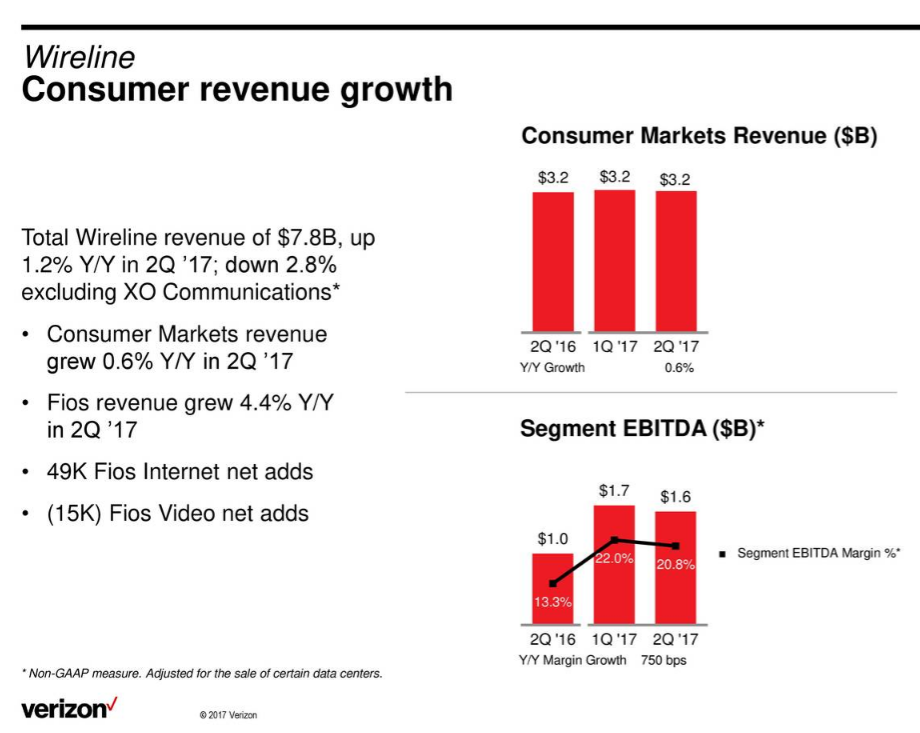 
In the fixed networks business, a good example of the former is consumer shifts from digital subscriber line to optical fiber or fixed wireless services. When a current customer takes the newer service, but drops the older service, there is zero net account change.


That is going to happen for most human 4G accounts, which eventually will be dropped for 5G accounts, again with zero net change, even if headline numbers will trumpet the growth of 5G subscribers and accounts.


On the other hand, next generation platforms sometimes clearly create new incremental revenue streams. Video entertainment services--not possible on a narrowband network--is the best example in the fixed network realm.


Video also is arguably the best example of a new capability for 4G, compared to 3G, although others might point to tethering or general web access as other areas where there are indirect but key differences from 3G capabilities.


The key challenge for 5G is the magnitude of new revenue that can be created from new services beyond replacement of existing 4G use cases.
at July 30, 2017