No matter how you decide to characterize “computing” these days, as it becomes more pervasive, most computing simultaneously has more of an  “enterprise” character, even as the purpose of enterprise computing increasingly has been to serve “consumers.”
Most mobile apps rely heavily on cloud computing, for example, and much cloud computing supports content delivery to consumer devices, for example. Where in past decades “computing” supported internal enterprise functions, computing these days most often support consumer content delivery.
On the other hand, in the next wave of computing, though human users will continue to be a key focus, more computing will shift back to more-traditional “enterprise” applications, where the purpose of computing is to support internal organization functioning (industrial processes, health processes, vehicle control, traffic management).

Just how enterprise IT spending might shift will be an issue as pervasive computing is enabled. 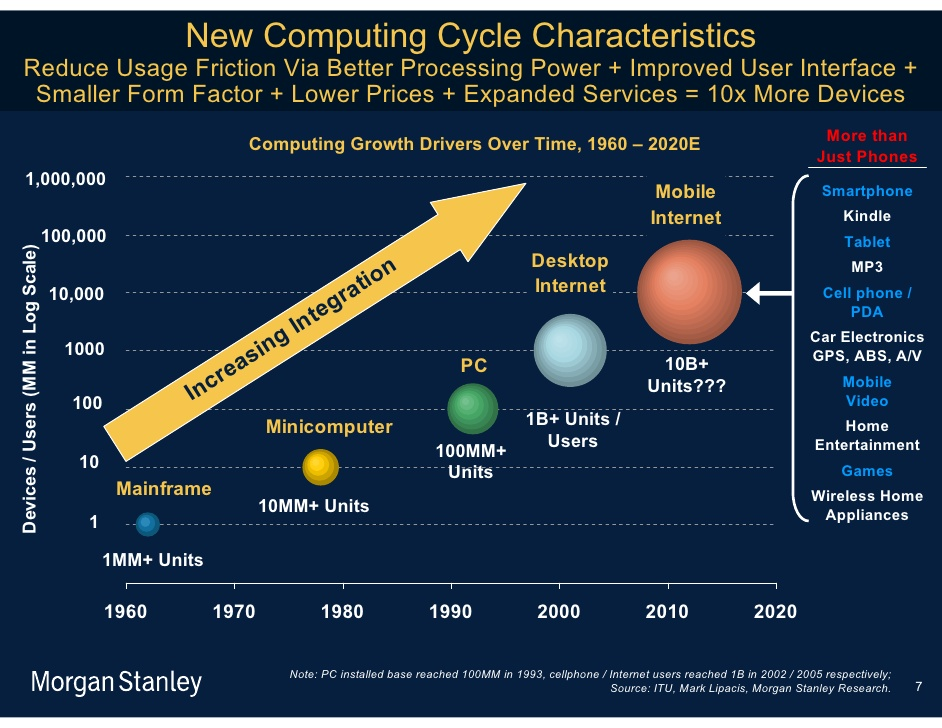 source: Morgan Stanley
Worldwide information technology spending is projected to total $3.5 trillion in 2017, a 2.4 percent increase from 2016, according to Gartner, including a one percent higher impact due to currency issues.

IDC estimates global IT spending will grow by 4.5 percent in 2017 in constant currency terms, a significant improvement on last year’s growth of 2.5%, with stronger upgrade cycles for infrastructure and mobile devices leading the improvement in the second half of the year.

But IDC also estimates total IT spending at $2.1 trillion.

Asia/Pacific (excluding Japan) will post the strongest regional growth in IT spending in 2017, set to increase by eight percent in constant currency terms, followed by the United States at four percent.

China and India are both expected to post overall IT spending growth of 10 percent in constant currency terms in 2017.