A Look at LTE Prices Across Countries

The folks over at Phone Arena have put together an interesting analysis of Long Term Evolution rates and plans across the United States, Canada, United Kingdom, Germany, South Africa, India and Australia.

The analysis plotted the cost, as it relates to the size of data plans, generally for the largest service provider in each country. As you might expect, there are wide differences in price, especially for entry-level plans.

That would be expected when comparing countries such as India or South Africa with the United States, Germany or Australia, where average incomes and prices are higher, across the board.

Some of the findings you would expect, such as the lower cost per megabyte of use as the customer buys in greater volume. One also would expect prices to vary between countries, and that also was found to  be the case. 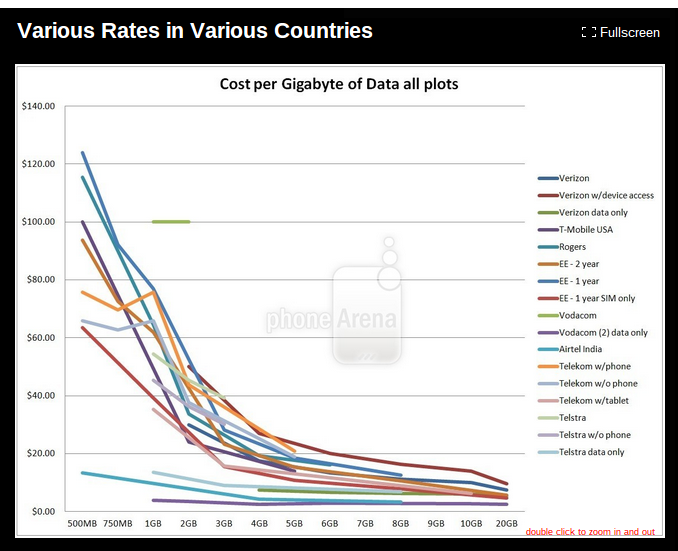 There is much less correlation of plans and prices between leading service providers across countries.

One suspects the results would be far more consistent (cost per month) if nominal prices were adjusted for living costs in each country, so that the cost of using LTE was measured as a percentage of income, for example. 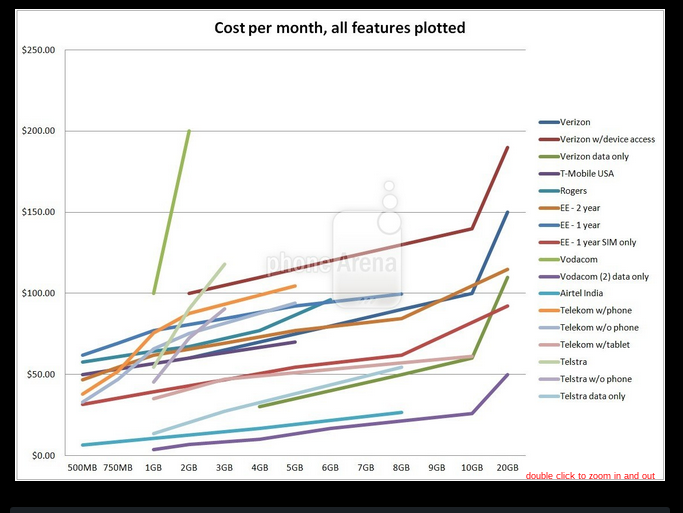 The reason for that adjustment is that living costs, and therefore wages and income levels, are quite different in India or South Africa and North America, for example. So all nominal prices for similar or identical goods will vary accordingly.

It therefore will cost more to build an LTE network in North America than in India or South Africa, one might argue.

There are also regulatory costs and scale effects that vary from country to country, and the level of competition arguably will play a role in prices as well.

On the other hand, those same competitive dynamics probably will suggest that all competitors in a single market will have prices that are fairly closely correlated.