Yuilop, a cloud-based communications app popular in Europe, has launched in the U.S. market, offering unlimited, national calls and text messages in the domestic U.S. market, and no incremental charge international calling (you need to earn credits to do so), even to friends and family who don’t have the app. 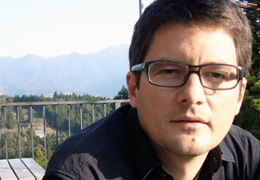 Yuilop’s business model based on use of a virtual currency that is earned when users talk to to non-Yuilop users  or convince them to join the network. Credits also are earned when talking with another Yuilop user, using the app, or engaging with promotions such as sponsored content or ads.


Yuilop has not yet gone with a “freemium” model that would allow users to buy credits, but that certainly is within the realm of possibility and logic.


Yuilop says it has “built the whole architecture on open standards” such as xmpp and the mobile number (MSISDN).

Yuilop  is available for download for iOS, Android, Blackberry and Windows Phone.
at July 24, 2013