Asia Mobile App Use Grows 77% Over One Year


Between 2014 and 2015, Asia experienced double digit growth in its mobile app economy.


The double-digit growth in the region is driven by consumer categories that provide a clue about the growing purchasing power and sophistication in the region.


Three categories of apps stand out as driving this growth: hopping and lifestyle, news and reading, plus utilities and productivity. 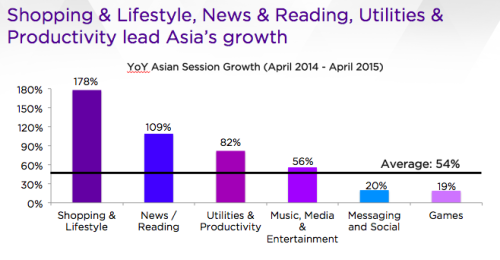 The fastest growing category of mobile apps now is “shopping and lifestyle,” followed by “news and reading.”


In Asia as elsewhere, “everybody” uses messaging. Messaging apps’ daily use is 4.7 times higher than the average app, Flurry notes.


The average daily use of an app across all categories is 1.9 times. Messaging apps are used, on average, almost 9 times every day.


Although messaging is a large driver of sessions in Asia and around the world, it only represents 13 percent of users time spent in their mobile apps.  That means smartphones are used for a wide variety of purposes on a typical day. 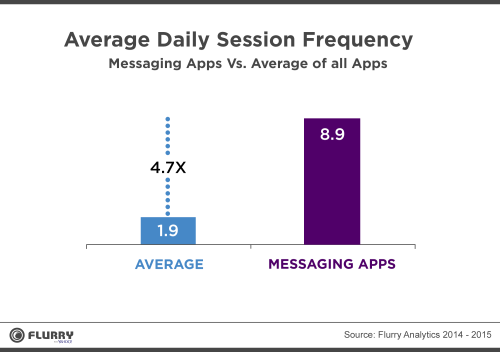 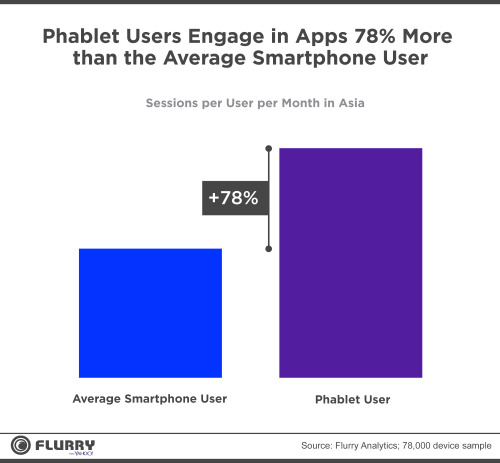 Asia also is a region where the phablet is the fastest growing device type to date, with 148 percent year over year growth worldwide.


Globally, session distribution between medium phone and phablet is 60 percent and 31 percent, respectively.


In Asia, sessions are split evenly between the devices, with medium phones contributing 45 percent and phablets 42 percent.


Compared to the rest of the world, Asia is a unique app market, where it comes to photography, lifestyle and shopping, and personalization categories.


Although 81 percent of Asia’s photography app users are female, men in Asia are 1.9 times more likely to use photography apps than men in the rest of the world.


Women in Asia dominate the lifestyle and shopping category in terms of use, but are also 1.4 times more likely to shop in mobile apps as compared to women around the rest of the world.


Globally, 81 percent of personalization app users are men, though in Asia, usage is split evenly between men and women, 51 percent and 49 percent respectively.

This makes women in Asia 2.7 times more likely than the global female population to use personalization apps. That might be a result of Android adoption, Flurry suggests.
at July 15, 2015