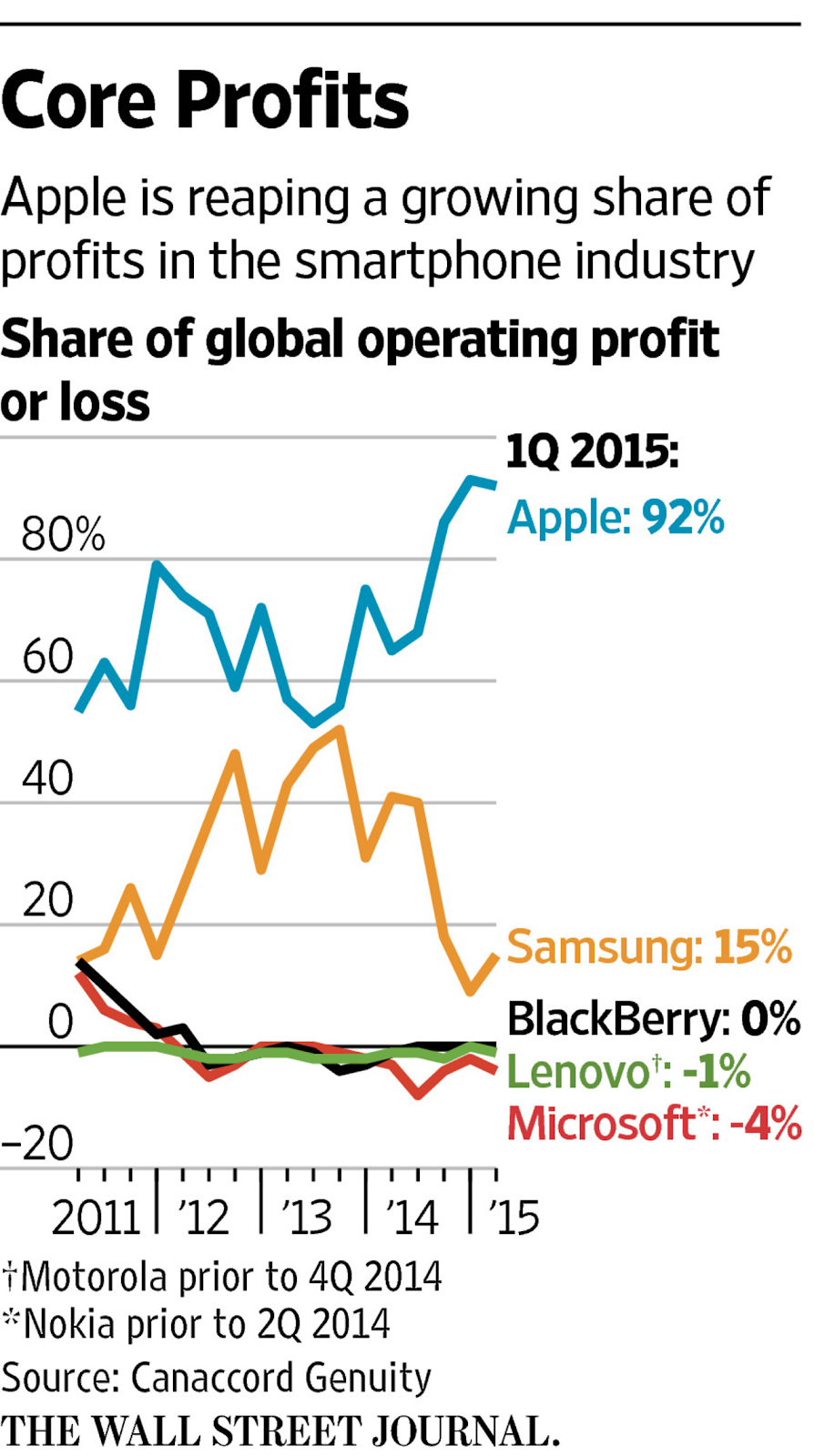 As has been the recent pattern, Apple earned 92 percent of the total operating income  from the world’s eight top smartphone makers in the first quarter of 2015, up from 65 percent of profits in 2014, according to Canaccord Genuity managing director Mike Walkley.