Even if many policy advocates want to ban sponsored data plans, consumers overwhelmingly suggest they like such policies.

A survey conducted by Citrix confirms the pattern. Many subscribers worry about exceeding their data caps. They therefore are are quite open to sponsored data plans.


Usage of many apps would increase significantly, if users did not have to worry about the amount of data consumed.


Some 82 percent of survey respondents fear the data usage impact of mobile apps on their monthly data limit and have avoided using an app because of that fear.


Fully 67 percent of those who watch at least one mobile video per month say they have exceeded their monthly data limit.


Adults with children say they use more data than those without children. Some 72 percent of parents believe they exceed monthly limits, while only 46 percent of childless adults say they exceed them.


The survey suggests subscribers will use more data services if they’re offered through a data plan sponsored by a content provider.


Fully 71 percent of men and 62 percent of women would engage more if sponsored data plans were available. 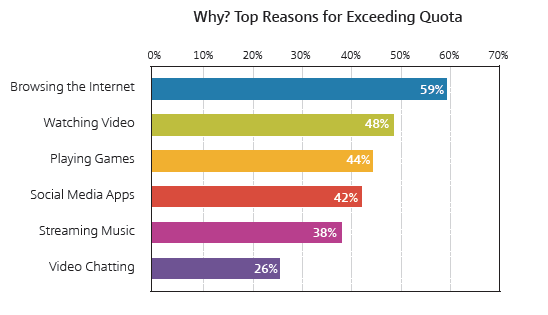 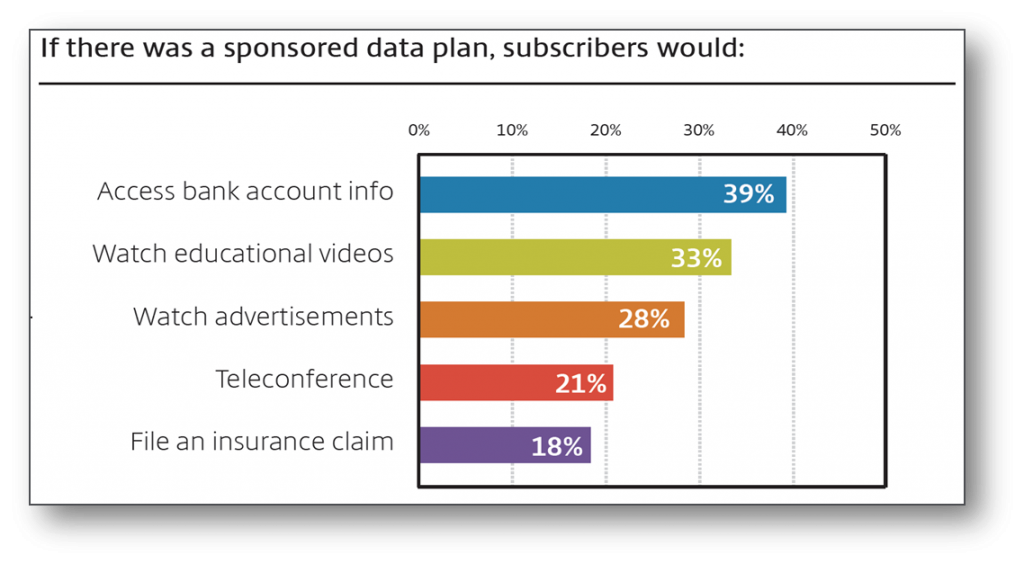 Growing mobile data consumption is a given, but retail service plans matter. And sponsored data is among the tools ISPs have available to boost app usage, in addition to lower prices and shared data plans.


Ekholm pointed out that retail data plans directly affect user behavior. German consumers, for example, are less likely to watch videos or consume large amounts of mobile data, compared to consumers in the United States, where data plans tend to be  larger.


When asked if they would wait until they get to a Wi-Fi area to download an app or stream content from a video app, 54 percent of Germans agreed and only 36 percent of U.S. respondents said yes.


Some 43 percent of U.S. users felt unconstrained by their data plans , while just 20 percent of German users felt the same, Ekholm said.


That latter practice, of course, would be viewed as an impermissible violation of “network neutrality” rules in some markets, where sponsored data or free access to some apps is not allowed.


Some would say that is the problem with network neutrality rules that extend too far beyond ensuring that all lawful apps are accessible, directly affecting ISP ability to create features and plans that allow widespread sampling of the Internet or optimized performance of some apps (video, especially) that are highly bandwidth intensive.


Ekholm also noted that retail service plans directly affect usage in ways beyond the size of usage buckets. Families with children are driving mobile video usage, and one notable finding made by Gartner in a recent survey was that users on shared data plans--at any income levels--are “least concerned” about streaming video usage on their mobile data plans.


Ekholm attributed that behavior to the ability to share data across multiple devices on a single account.


Others might note that such relatively unconstrained behavior results because shared data plans effectively offer protection from overage charges as well as lowering the overall cost per bit of mobile data.


In the U.S. market, 47 percent of users 45 to 54 stream 15 minutes or more of mobile video apps over mobile networks per session.


About 40 percent users 18 to 24 stream more than 15 minutes per session. That is the impace of Netflix viewing on mobile devices, Ekholm noted.


There is a very small difference between the percentage of U.S. smartphone users that use YouTube "less than five minutes" and "30 minutes or more," she said.

"The evidence is that once customers commit to a larger plan, their usage habits change significantly, resulting in longer-term revenue benefits” for mobile service providers, Ekholm said.
at July 22, 2015