Large enterprises investing in Internet of Things products and services report significant revenue increases as a result of IoT initiatives, with an average increase of 15.6 percent in 2014. Some nine percent of survey respondents saw a rise of at least 30 percent in revenue, says Tata Consultancy Services.


The 795 survey participants mostly hail from very large companies, with an average revenue of $22 billion and a median revenue of $6.4 billion.


Respondents also believe IoT budgets will increase by 20 percent by 2018 to $103 million.


In all, 3,764 executives took some part of the survey. Of this group, 79 percent said their companies had IoT initiatives in place today.


Of the 21 percent of firms that don’t have them, 64 percent plan to launch one by the year 2020, which means 92 percent of the 3,764 survey participants will have an IoT initiative by the end of the decade.


The top eight percent of respondents, based on return on investment from IoT, report a 64 percent average revenue gain in 2014 as a direct result of these investments.


The most frequent use of IoT technologies is tracking customers using mobile apps, used by almost half of all businesses (47 percent).


More than half (50.8 percent) of IoT leaders use IoT to track their products and how these were performing. About 16.1 percent of the respondents with the lowest ROI from IoT report doing so.


The report found that the three biggest factors holding companies back were:

Respondents at healthcare firms indicate their firms plan to spend 0.3 percent of revenue on IoT in 2015, but will increase investment by at least 30 percent by 2018.


Executives in industrial manufacturing report the largest increase in revenue from IoT, with an average of 28.5 percent, followed by financial services (17.7 percent) and media and entertainment (17.4 percent). The automotive industry has the lowest revenue gain, with just a 9.9 percent increase.


The report, which looks at trends across 13 key industries, suggests the travel, transportation and hospitality sectors are planning to spend 0.6 percent of revenue in 2015 on IoT, while media and entertainment companies will devote 0.57 percent of their revenue.


This is significantly more than the 0.4 percent average and the 0.44 percent spend in banking and financial services, Tata Consulting Services says.


Revenue increases are reported globally, with all regions reporting double-digit growth in 2014.


U.S. firms report the largest gains of 18.8 percent. Europe as a whole is seeing a 12.9 percent increase, while Asia-Pacific reports a 14.1 percent increase and Latin America an impressive 18.3 percent growth. 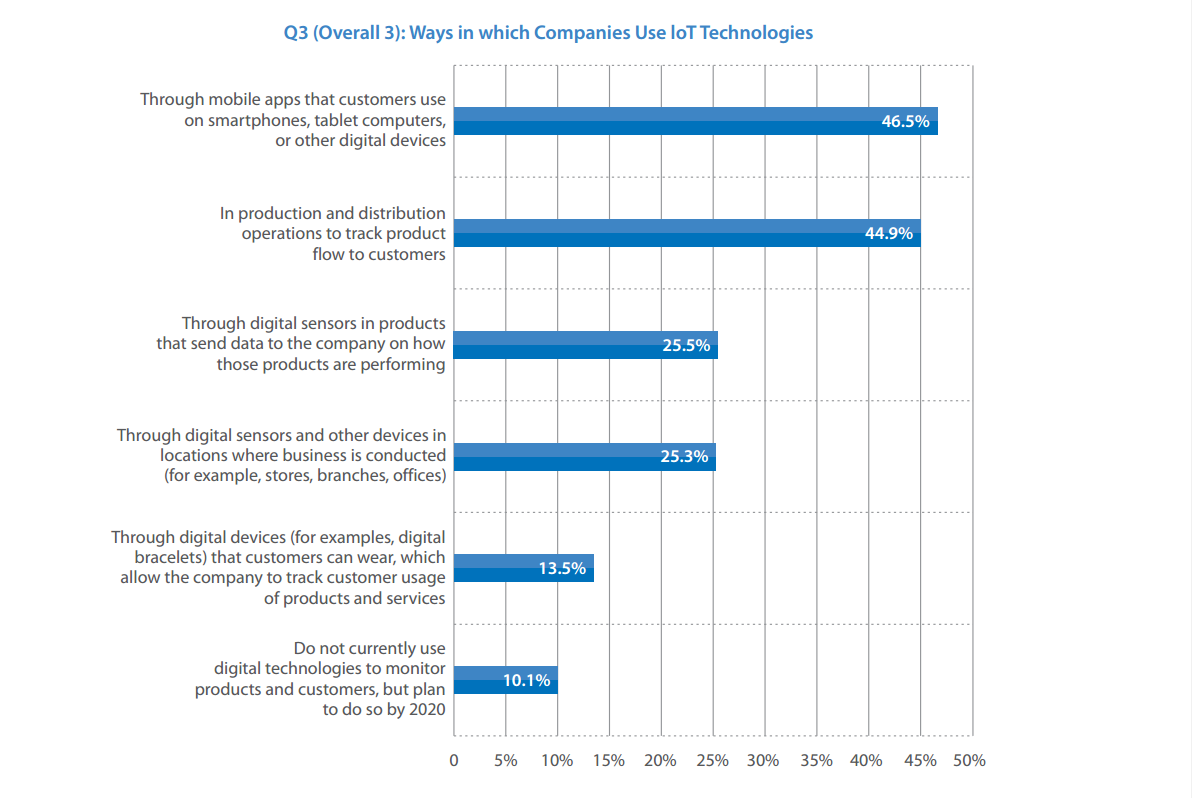