Rule number one: you get less buying of any desired product when the price is raised.

A corollary to rule one: anything that restricts a consumer’s finding out about a desired product will lessen consumption.

So you will not be surprised to learn that a Spanish law limiting news aggregator use of content snippets has reduced content provider traffic and business prospects, according to
a study conducted by NERA Economic Consulting on behalf of the Spanish Association of Publishers of Periodicals.

Article 32.2 of the Spanish Copyright Act mandated payment of a copyright fee by online news aggregators to publishers for linking their content within their aggregation services.

The study says the new ban on use of snippets by news aggregators resulted in less variety of content for consumers and an increase in news search time estimated, in the short term, to represent approximately 1,750 million euros per year.

Content viewership dropped 14 percent. As a result, content producers lost about 10 million euros worth of revenue per year.

You might argue this is a case of unintended consequences. That probably is formally correct. The law did not have the state purpose of harming Spanish content creators. But many would have predicted precisely the harm that NERA says happened. 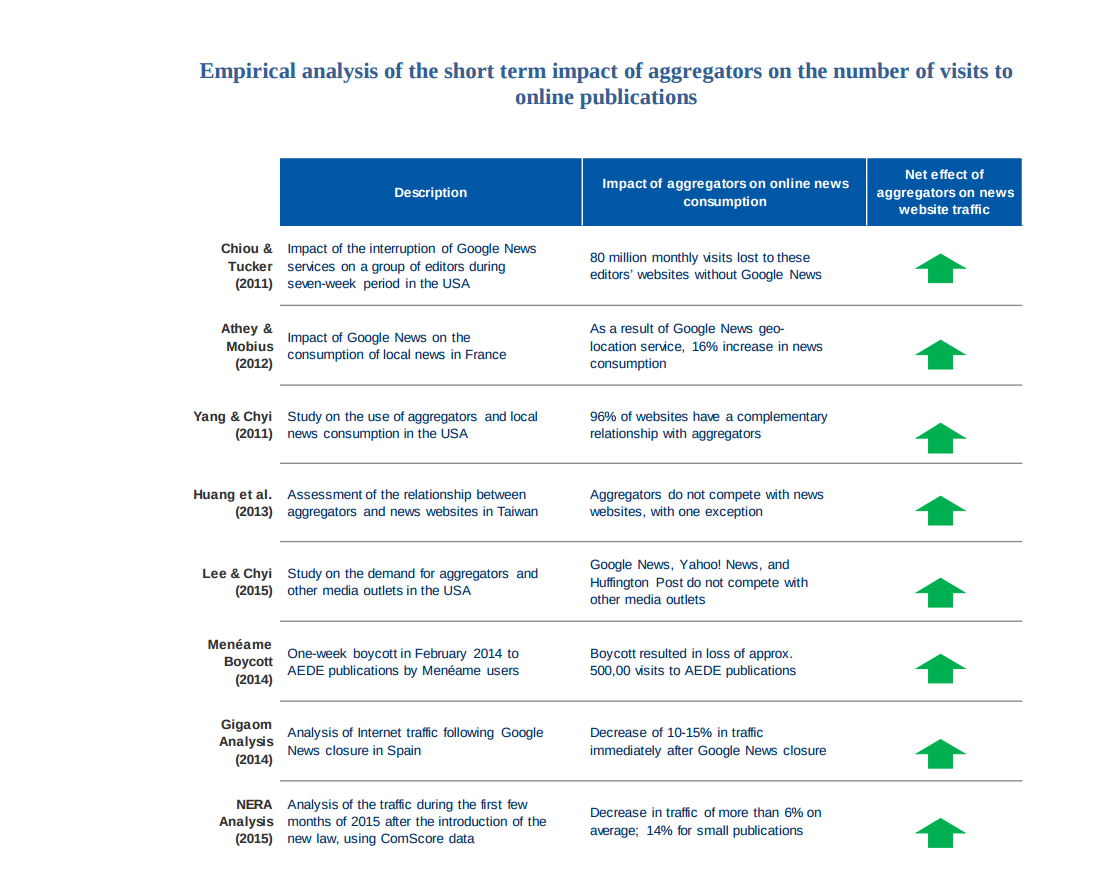 For content providers, there are smaller audiences and correspondingly lower advertising revenues.

On average, traffic dropped 16 percent and small and emerging media were most affected.