That also is true of consumer computing. By 2019, 55 percent of the residential Internet population will use personal cloud storage (up from 42 percent in 2014), in addition to most apps also reliant on cloud computing, according to Cisco.


Cloud traffic, a subset of data center traffic, is generated by cloud services accessible through the Internet from scalable, virtualized cloud data centers.


Total data center traffic includes all traffic traversing within and between data centers as well as to end users.


Some suggestions of consumer services reliance can be gleaned from the prediction that software as a service (SaaS) will be the most popular and adopted service model for public and private cloud workloads, respectively, by 2019. Those workloads are the other side of a consumer’s use of mobile and Internet applications.
By 2019, 59 percent of the total cloud workloads will be Software-as-a-Service (SaaS) workloads, up from 45 percent in 2014. 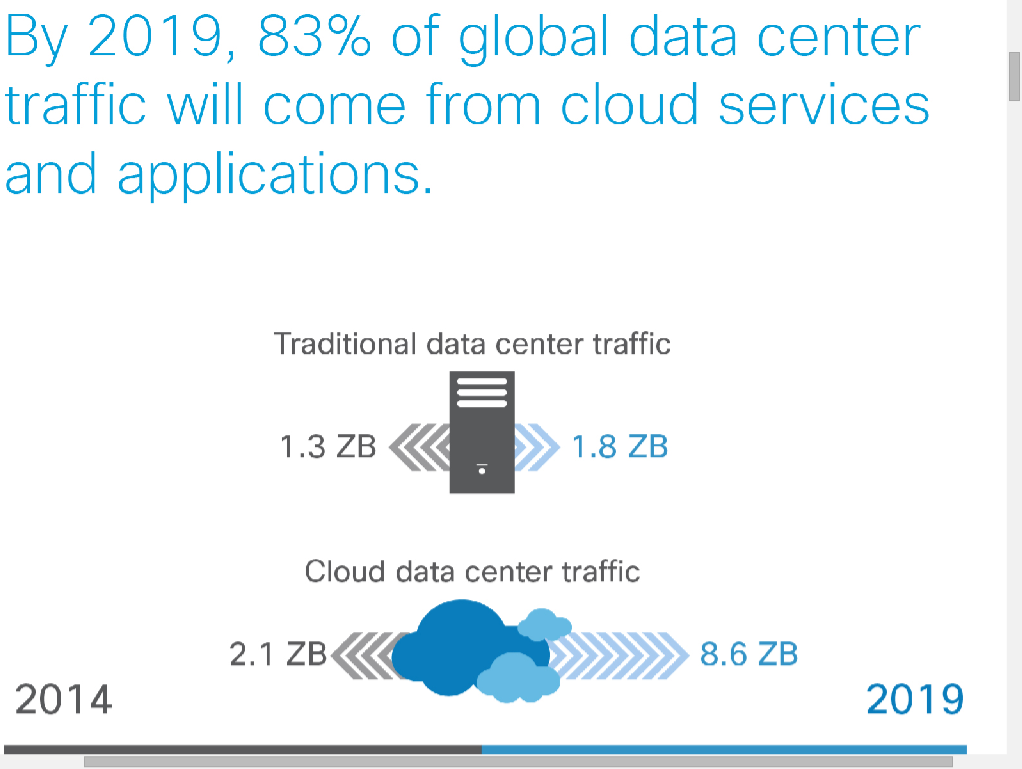 As an example, the Cisco forecast estimates that by 2017, global smartphone traffic (201 EB per year) will exceed the amount of data stored (179 EB per year) on those devices – necessitating the need for greater storage capabilities using the cloud.