India is on track to surpass half a billion mobile subscribers by the end of the year, according to a new GSMA Intelligence study. By 2020, India will account for almost half of all the subscriber growth expected in the Asia Pacific region.

But that is going to change, fast.

The subscriber penetration rate in India is forecast to reach 54 per cent by 2020 as many millions more are connected by mobile.

That matters for reasons beyond the ability to communicate using voice and text. Fixed broadband penetration in India is about 2.5 percent, and will not increase much more than that, for business model reasons.

In contrast, 60 percent to 90 percent of the population have access to at least a 2G mobile service.

That means the mobile network will become the dominant means of getting access to the Internet. The number of individuals accessing the internet over mobile devices had expanded from less than 100 million subscribers in 2010 to nearly 300 million at the end of 2014. 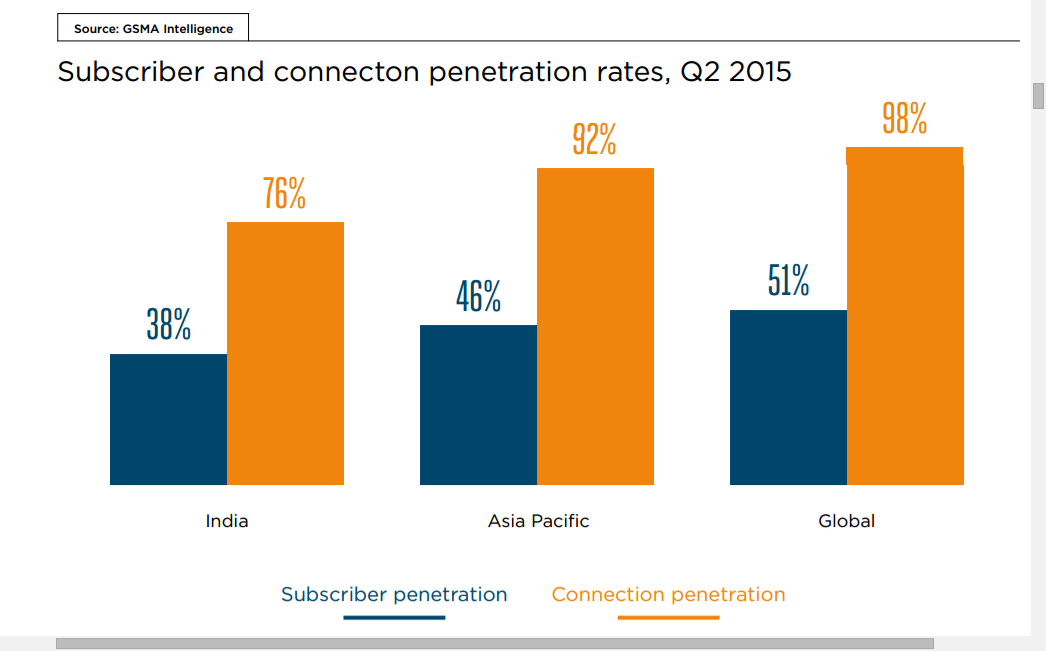 Although India only launched 3G services in 2009 and 4G deployments are at an early stage, the move to mobile broadband networks is set to gather pace over the coming years.

Mobile broadband networks (3G/4G) accounted for only 11 percent of Indian mobile connections 1 in 2014, but are expected to make up 42 percent of the total by 2020. 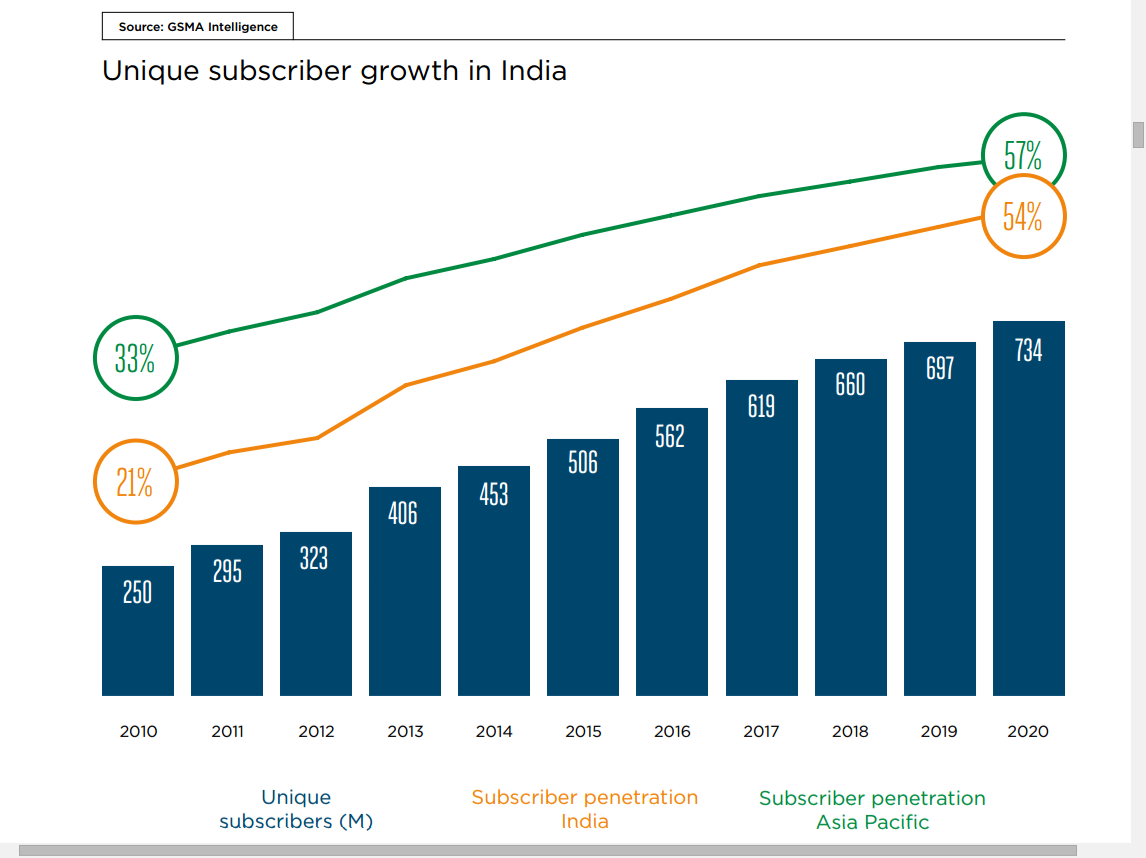 One factor driving the migration to mobile broadband networks is the increasing adoption of smartphones, made possible by low-cost devices.

More than half a billion new smartphones connections are expected in India between 2015 and 2020, bringing the total to 690 million, up from 149 million in 2014. 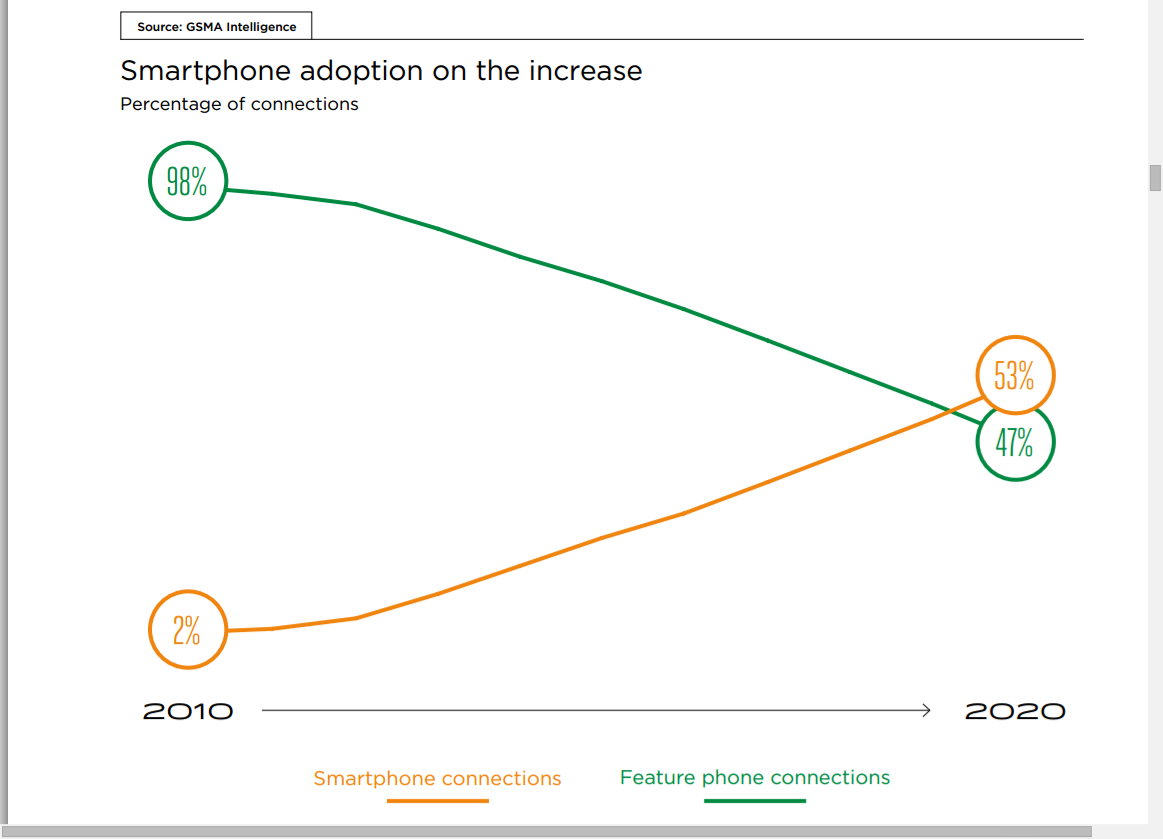 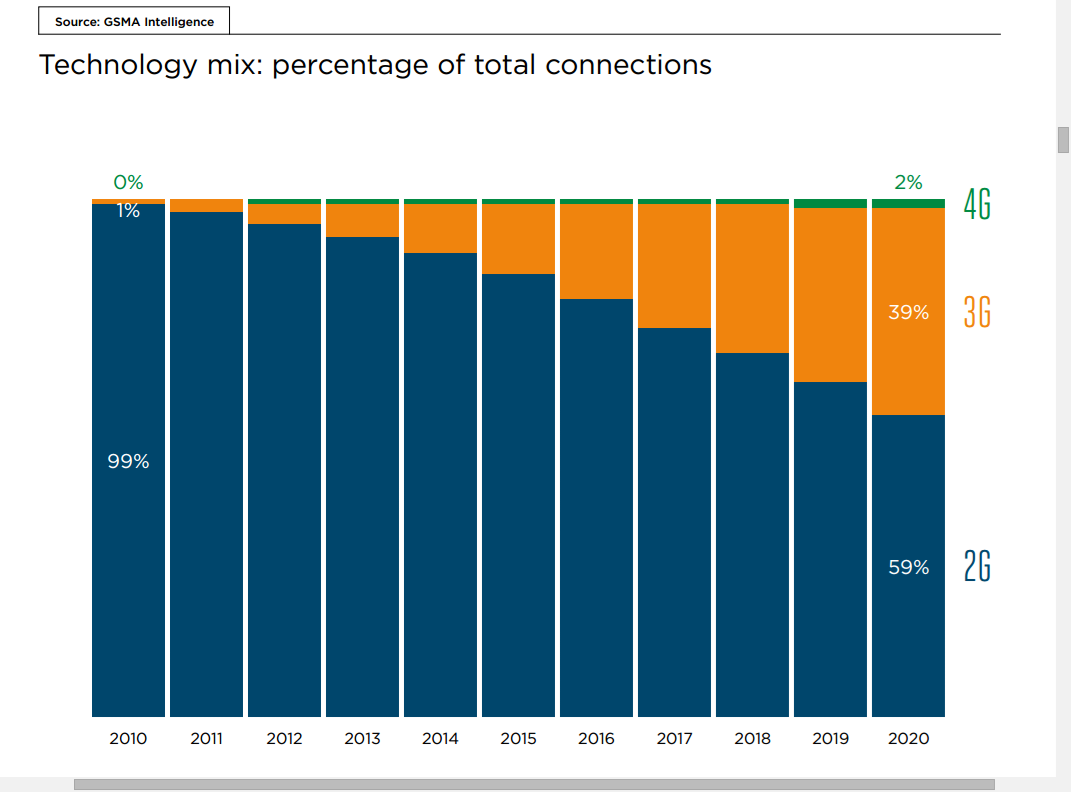 The penetration of mobile Internet has reached 24 percent of the population by mid-2015.

This figure will almost double again in the next five years to reach 44 percent of the population by 2020, with around 600 million mobile internet subscribers.
at November 26, 2015