Coverage levels of 3G and 4G networks in emerging markets are expected to increase to 84 percent and 65 percent of the population respectively by 2020.


Given the increased availability of high-speed internet and the growing supply of sub-$50 smartphones, smartphone adoption will increase significantly to 2020, to account for 60 percent of total connections or more than 4.5 billion connections.By 2020, mobile Internet access will reach 100 percent in East Asia, 106 percent in South America and 131 percent in Central and Eastern Europe. 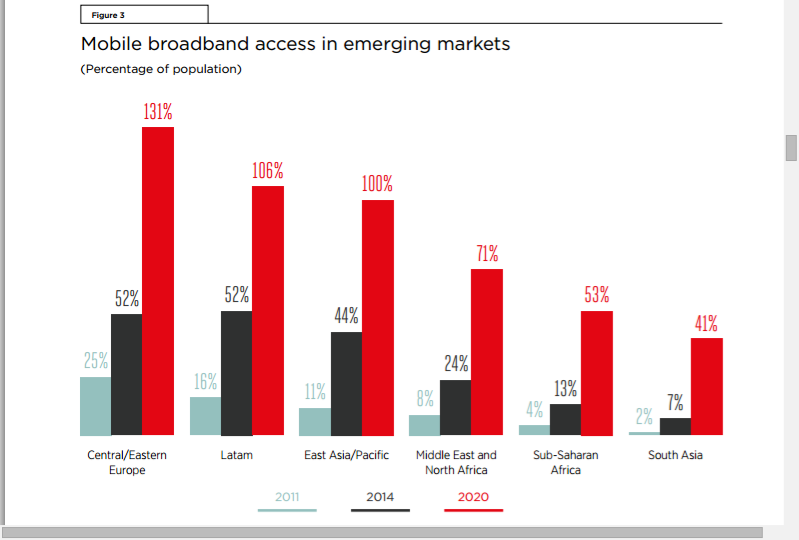 
The growth of mobile Internet access will be propelled, in substantial part, by huge increases in use of smartphones. 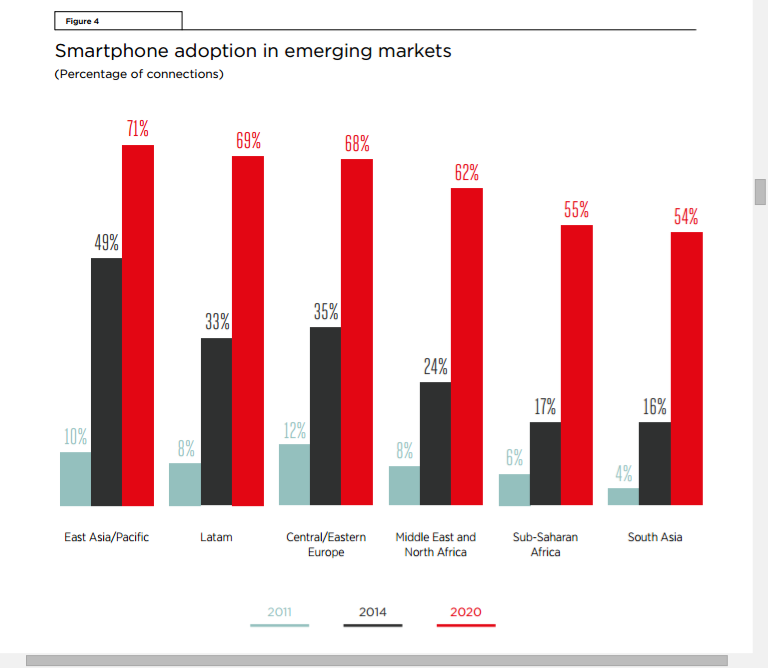