Mobile Taxes and Fees Grow 2.5 Times Faster than All Other U.S. Sales Taxes

Increases in federal, state, and local fees drove the national average wireless tax and fee burden to its highest level ever of nearly 18 percent of the average U.S. wireless customer’s bill, according to a new study by the Tax Foundation.


The increase over 2014 levels and is almost 2.5  half times higher than the general sales tax rate imposed on most other taxable goods and services.


Over the last decade, tax burdens on wireless consumers grew more than four times faster than general sales taxes on other taxable goods and services.


Florida was the only state to buck the trend toward higher wireless taxes between 2014 and 2015. The governor and the legislature reduced the state Communications Services Tax from 9.17 percent to 7.44 percent, which will provide over $100 million in tax relief for Florida wireless consumers and businesses.


Though competition has led to significant reductions in average monthly mobile bills, at the same time usage allotments have increased, the “tax and fee” burden has grown.


The average monthly wireless bill dropped from just under $49.94 in 2008 to $46.64 in 2015, a price decrease of nearly seven percent. At the same time, the tax rate increased from 15.5 percent to nearly 18 percent, according to the Tax Foundation. 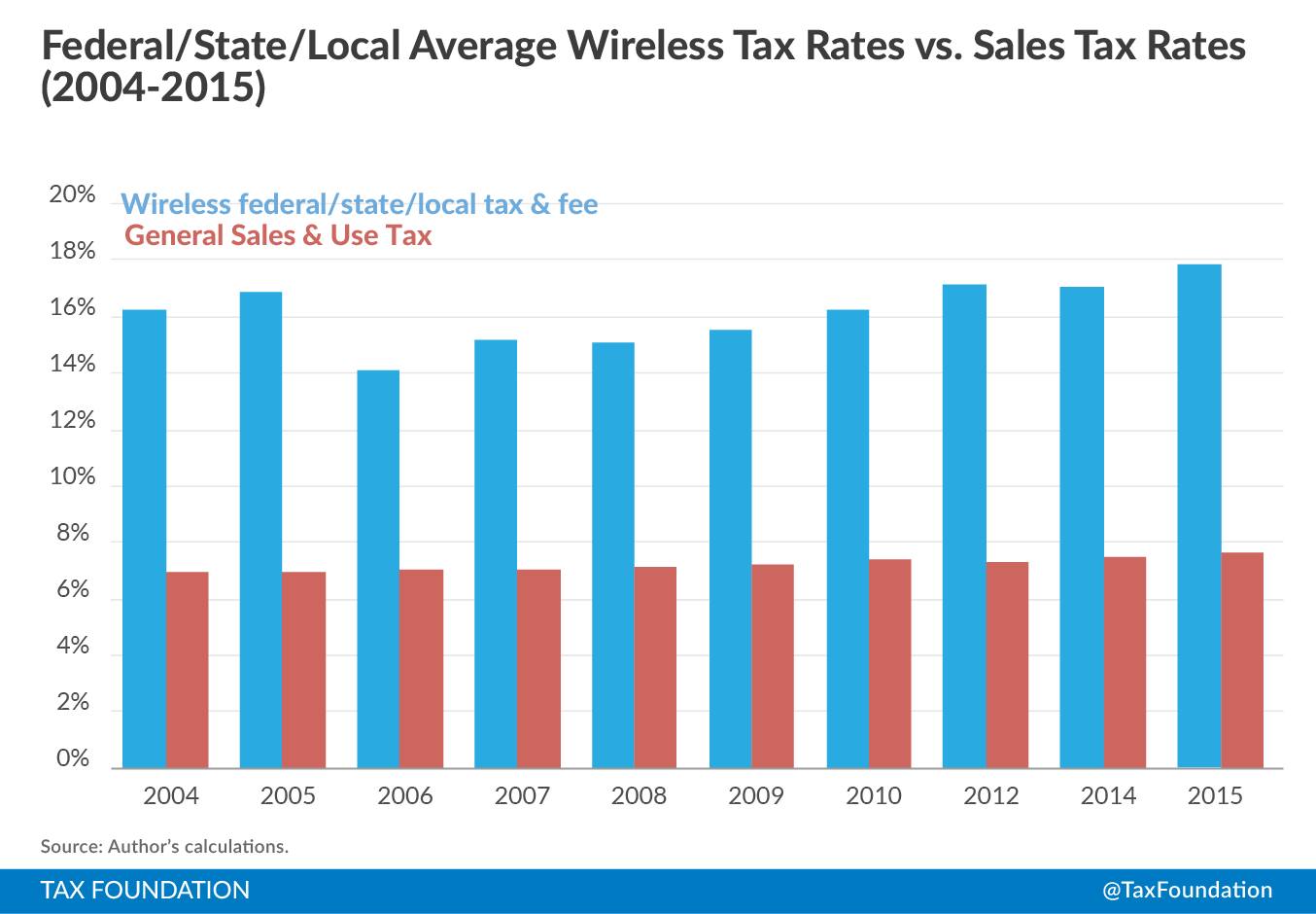 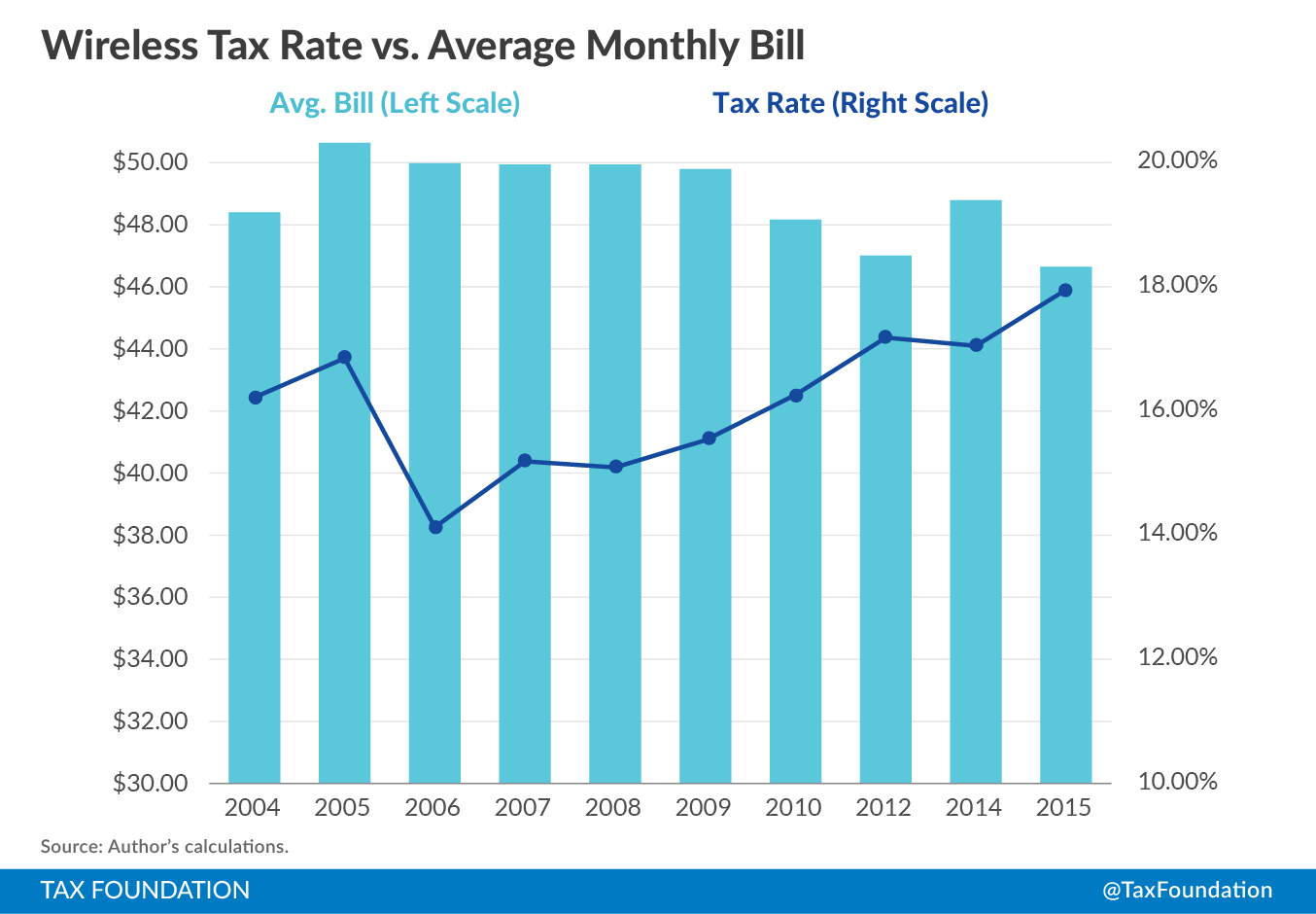