There are at least four reasons why much more bandwidth will be needed to support mobile Internet access, virtually everywhere: more users, more usage, more smartphones and more bandwidth-intensive apps.


The forecast growth of mobile subscribers globally has been remarkably true to the predicted adoption curve. Still, subscriber growth will slow, as the market for services used by humans, around 2020. 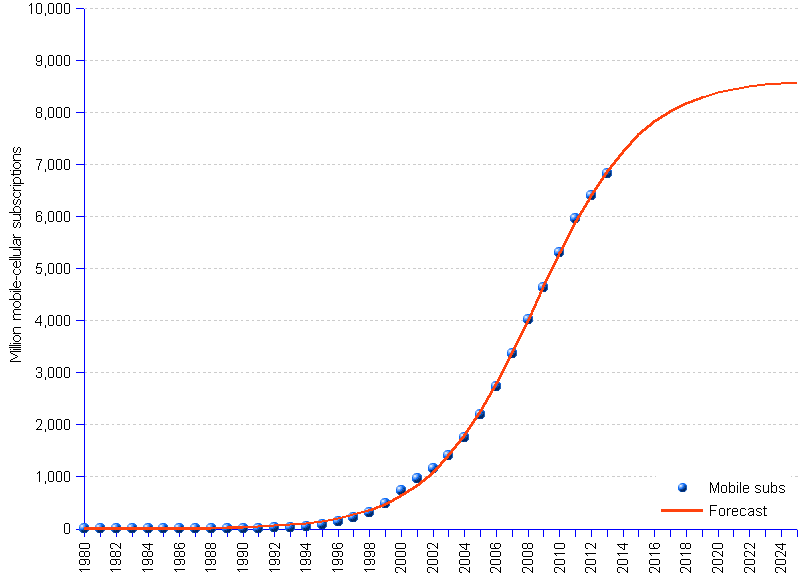 
Higher usage, driven by wider adoption of smartphones, as well as consumption of high-bandwidth apps such as video, will account for most of the usage growth, however.


Smartphone adoption will be key: mobile Internet consumption on smartphones is growing at a compound annual growth rate of 50 percent. 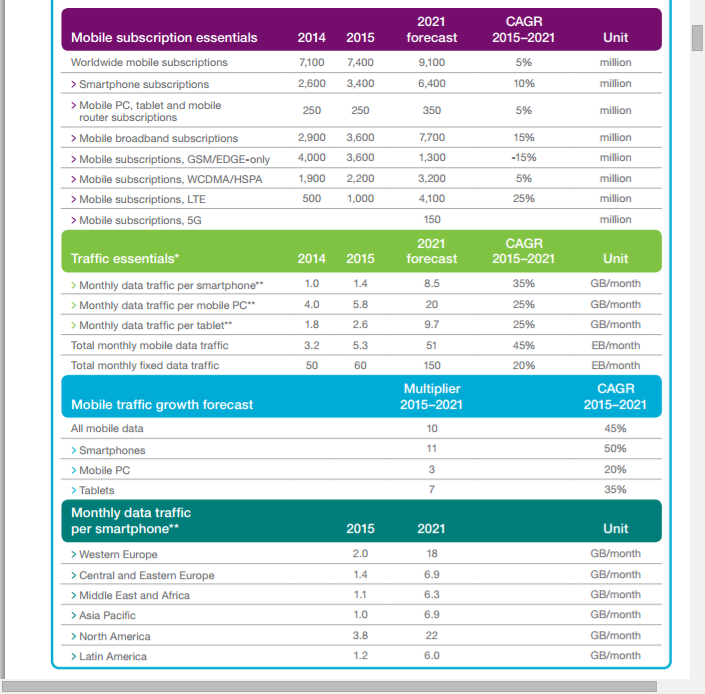