LTE Broadcast might initially generate $14 billion in global revenue by perhaps 2020, a report produced by Innovation Observatory for the GSA now predicts. In a global business generating $1.1 trillion, that is not too much, but might yet be significant for some operators, in some countries.


LTE Broadcast, also known as LTE Multicast, is significant for the same reason TV, radio and other linear video delivery systems are important.


Where linear media content has a sustainable business model (one copy, millions of potential viewers), “broadcast” or “point to multipoint” or “multicast” is the most efficient network delivery system.


For mobile operators, LTE Broadcast is interesting because it offers a platform to boost revenues by providing new services, important since “average revenues per user have reached a plateau” in many countries, according to the GSA.


LTE Broadcast is viewed as one new platform for creating incremental new services that give customers a reason to buy new services, thus creating new revenue models. At least so far, the concept has referred to multicasting over relatively targeted areas such as sports venues, where demand for unicast content is expected to be quite high.


The tradeoff, of course, is that LTE bandwidth used to support other applications is reduced as bandwidth is shifted to multicast use. 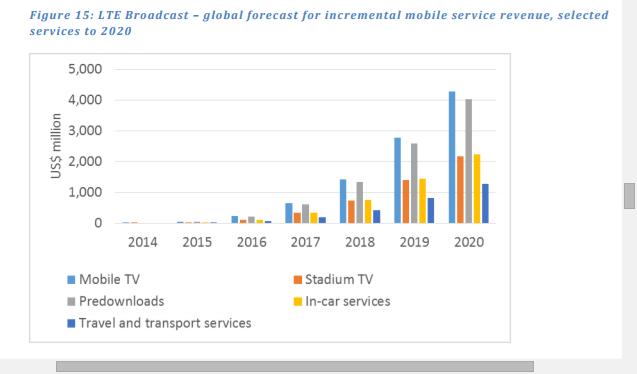 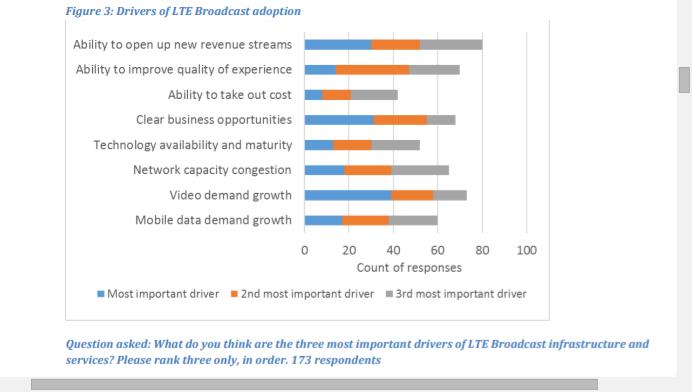 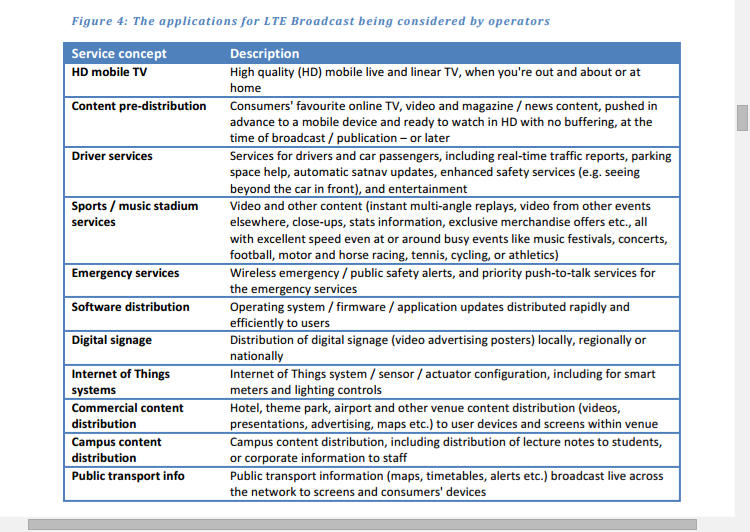