There is one very good reason why practitioners in the traditional telecom industry are riveted on value creation, as much as they have to focus on revenue growth and profit margins. With the shift to Internet Protocol, value created by applications is logically separated from access.

In that sense, the layered software model also illustrates the change in potential business models: an app provider does not need to own access assets to prosper. The reverse likely is less true: access providers will have a much-tougher time creating value that drives margins.

“The traditional telecom industry (and their partners such as IBM and Accenture) is losing to new entrants at a rapid rate: first in applications, then in voice-over-Internet protocol and managed hosting, and now in cloud services,” says Jim Patterson is CEO of Patterson Advisory Group.

“Wireless services have produced tens of billions of dollars in value, but that pales in comparison to the value created over the last decade by Facebook, WhatsApp, Skype, YouTube, Chrome, Android, iOS and iTunes,” Patterson notes.

By way of contrast, Verizon was lower by one percent, AT&T up just two percent, Sprint down 13 percent, and just T-Mobile US up by 45 percent. CenturyLink dropped by 36 percent; Frontier Communications dipped 30 percent. 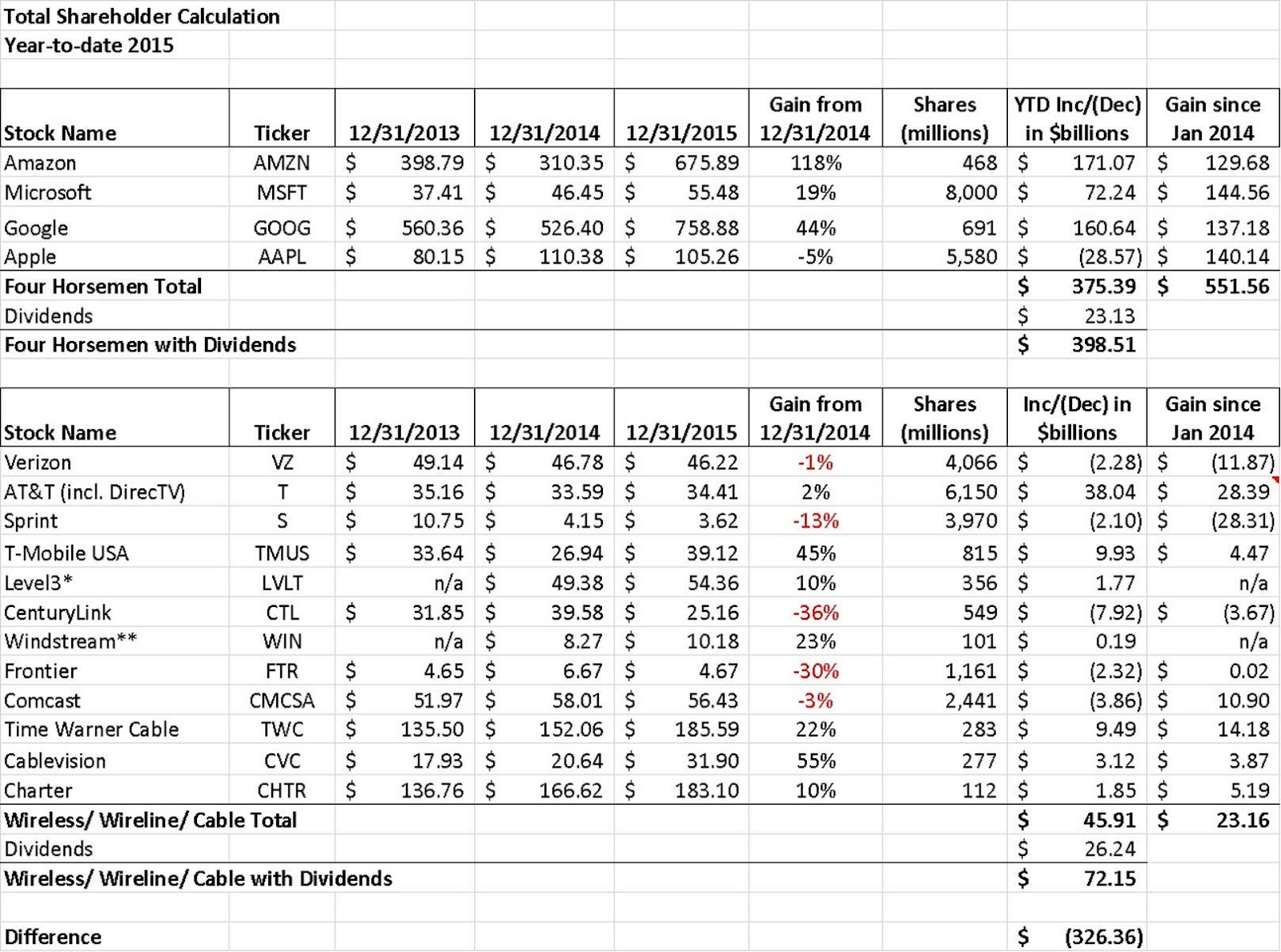