Mobile and Internet Access Services Are Way More Affordabble Since 2000

It is harder than one generally thinks to describe the change in cost of mobile or Internet access services over time, or how expensive or affordable such services might be, across regions and countries.


That is why various concepts, such as purchasing power parity, often are used. But one method is to use a consumer price index (CPI), within a single nation, to describe relative price changes over time.


According to the U.S Federal Communications Commission, for example, since December 1997, the mobile CPI has declined nearly 45 percent, while the overall CPI has increased by 36 percent.


In other words, mobile prices declined 81 percent from the general level of prices.


Mobile service prices have continued to decline in recent years, as well.


From December 2013 to December 2014, the annual mobile service CPI decreased by 2.1 percent while the overall CPI increased by 1.6 percent.


It is harder to describe CPI changes for Internet access, since no CPI can track changes in quality, which is the typical way Internet access products improve.


If prices stay flat, but speeds increase by two orders of magnitude, the CPI remains flat, even if real world users would say value has gotten much better.


According to the International Telecommunications Union, fixed and mobile Internet access prices have fallen in developing regions, while remaining low and flat in developed markets, expressed as a percentage of gross national income per person. 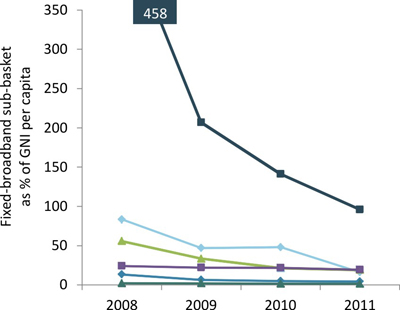 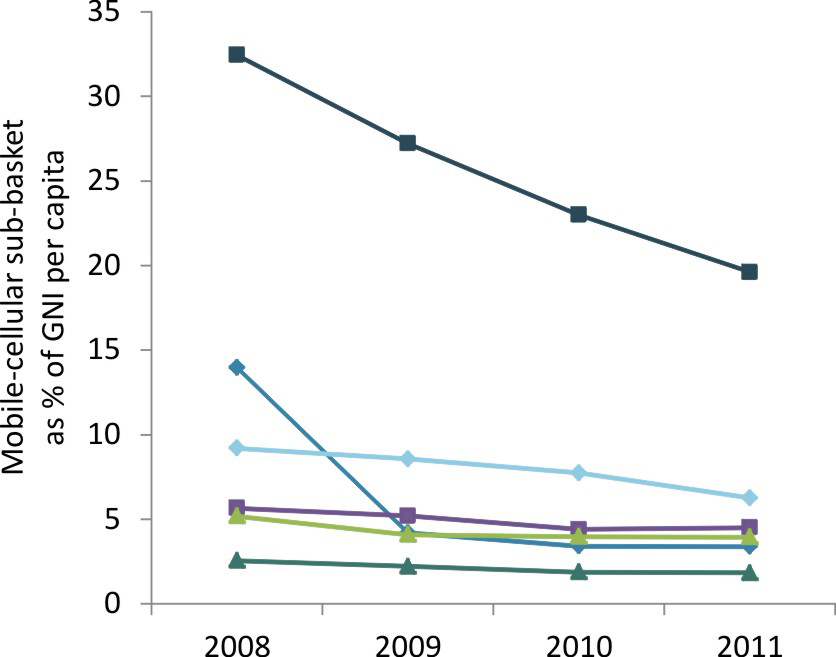 
Prices expressed as cost per gigabyte also has improved by two orders of magnitude between 1999 and 2012, for example. 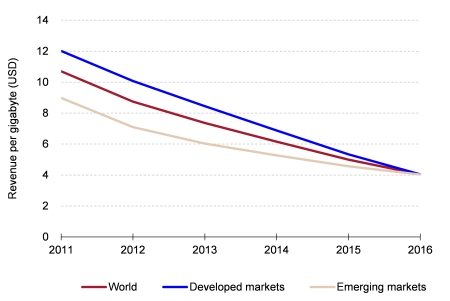