Even if they operate in different parts of the value chain, mobile service providers and app providers increasingly will partner, many now argue.


Beyond 2020 to 2025, the degree of collaboration might hinge on content services, SCF Associates has argued. “That may involve MNOs becoming much closer to the major web services players,” argued Simon Forge, SCF Associates analyst.


To be sure, the partnering recommendation is not new, nor a strategy mobile and fixed network service providers have failed to envision. Thinking--and some action--around OTT voice and messaging has been extensive.


Still, it has generally been hard for over-the-top challengers and service providers to make robust revenues or profits on OTT voice and messaging.


One analysis conducted for the International Telecommunications suggested that no OTT strategy would be able to arrest a major decline of voice roaming prices, and therefore revenue.


Some might note that past successes or failures in the over-the-top messaging or voice areas is not a predictor of future developments, in large part because of the role content apps and services now are assuming in the “telecom” space.


For starters, content is “sticky” and “unique” in a way that voice, messaging or Internet access is not. That is why prices, profit margins and revenue for content services have not followed the almost-linear downward path seen for voice and messaging.


Uniqueness is why streaming and linear channels and services create their own unique content, and seek exclusive licensing deals. That offers lots of room for partnering between content apps, services, networks, studios and copyright owners and access providers (both mobile and fixed, but especially in the mobile realm). 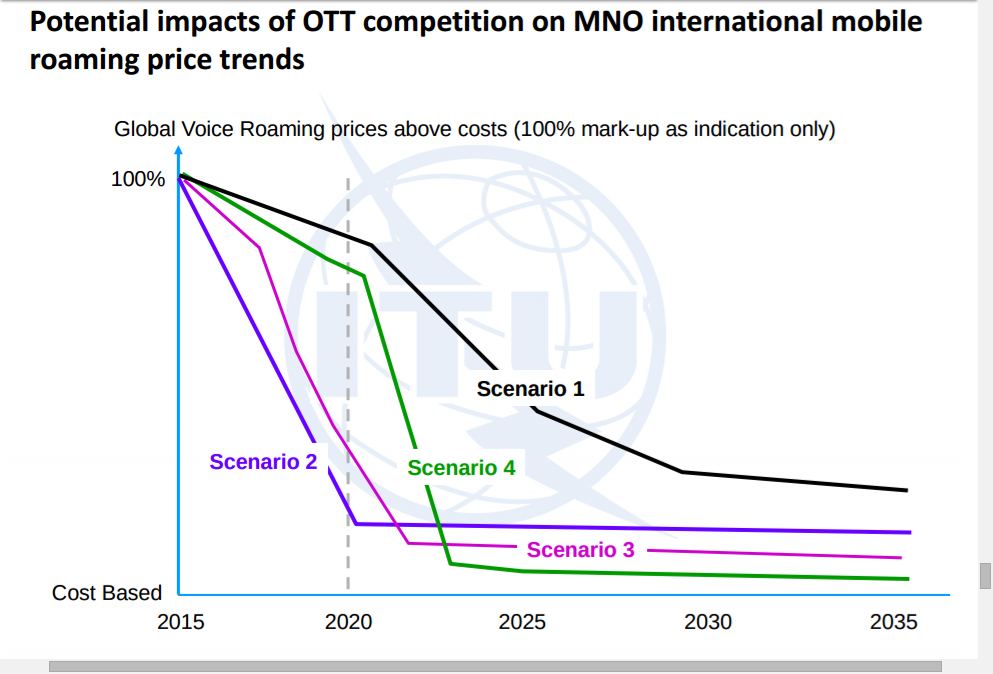 
Think of services such as Verizon’s Go90, Comcast Watchable and T Mobile's BingeOn. All provide examples of the role content services are expected to play in core mobile and fixed network revenue plans.


That also is true of Dish’s Sling TV, Sony PlayStation Vue, Alibaba TBO and Youku, Showtime’s carriage on Hulu, YouTube’s Red subscription service, and now the ability to buy OTT subscriptions from HBO, Showtime and others on Amazon’s Prime service.


Smaller networks, in particular, may ultimately need OTT carriage to survive, and therefore have incentive to eventually partner with mobile firms.


Recent research indicates that 15 to 20 prominent niche services will rise by 2018 to eat into share now held by Netflix, and the premium OTT market as a whole will total $8-10 billion by that time, notes Forge.


In the same vein, networks, pay TV providers, and mobile carriers are all looking at strategic ways they can make the most of their content and infrastructure to create compelling consumer service offerings, particularly for Millennials, Ooyala argues.


AT&T partnered with Hulu for mobile and Internet customers, and Time Warner has a new Internet TV service. 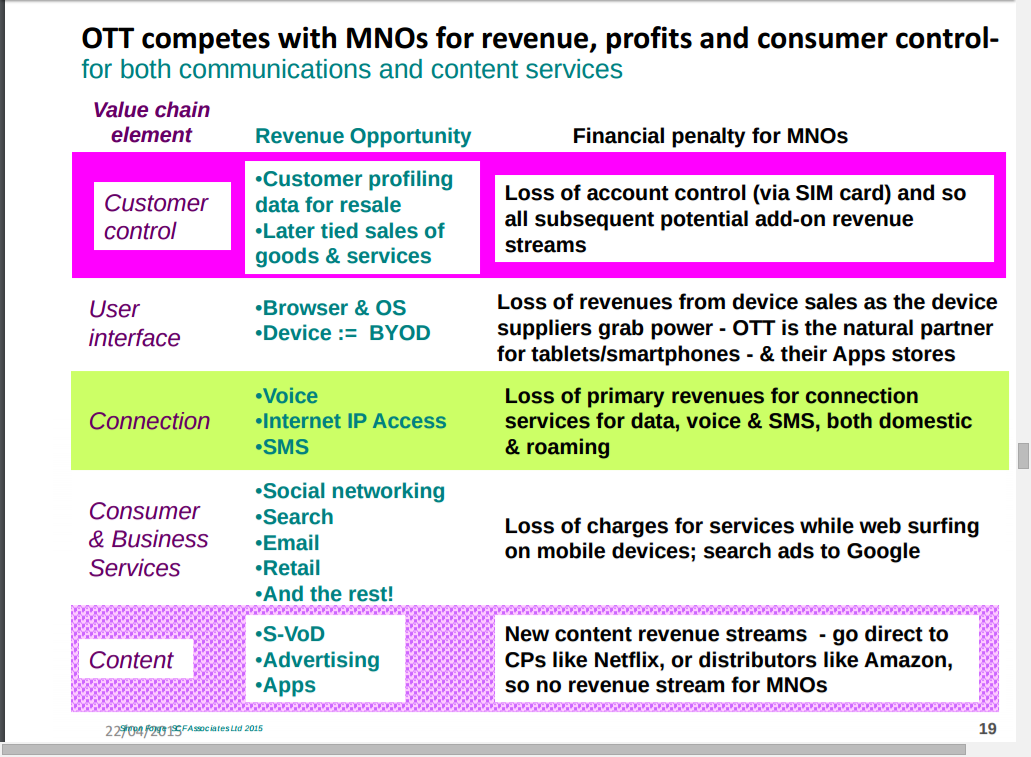