The U.S. app industry represents 1.66 million as of December 2015, according to the Progressive Policy Institute.


Such employees have direct information technology jobs, non-IT jobs that support those jobs, or spillover local retail and restaurant jobs, construction jobs, and all the other necessary services.


By way of comparison, there were an estimated 910,000 people directly employed in the core telecom industry in 2010, according to US Telecom.


According to the U.S. Bureau of Labor Statistics, there were in December 2015 some 868,000 core service provider jobs. Using the same ratio of indirect jobs to direct jobs as for the app economy analysis, there might be 2.6 million people employed by the core telecommunications services industry.
Estimates of App Economy Jobs 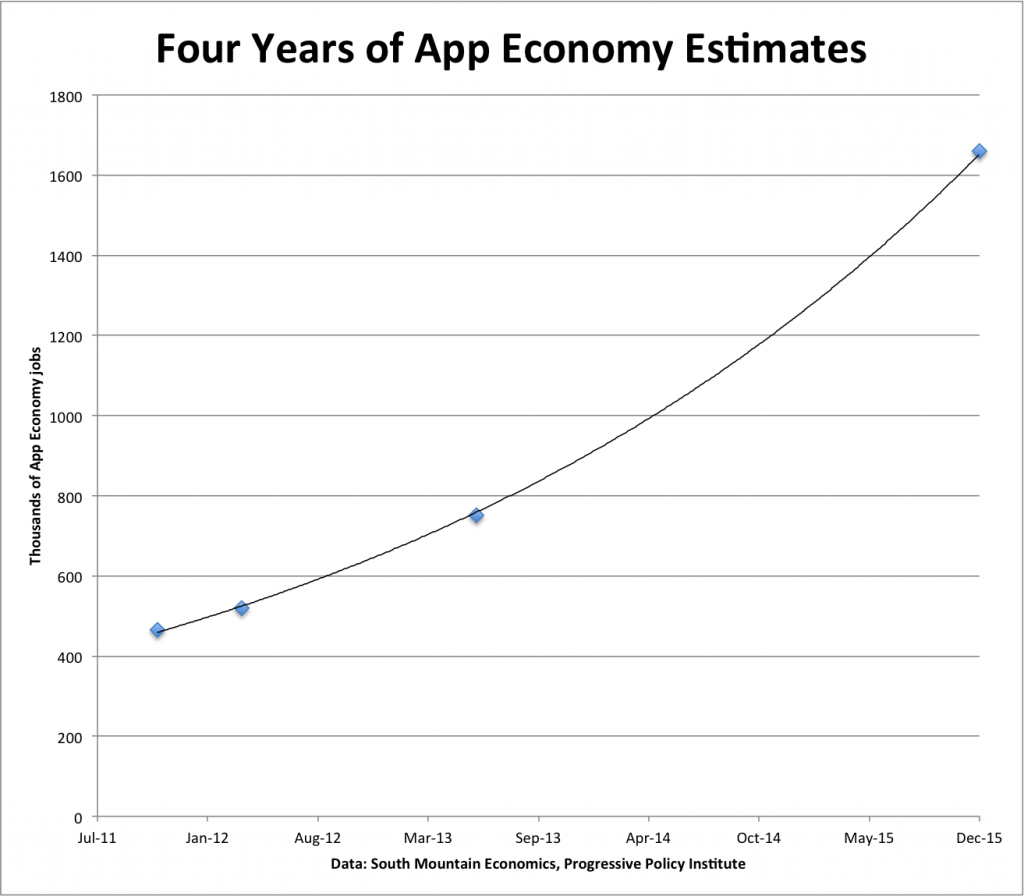