Eliminating Digital Divide: 1/2 of the Gap Will be Closed in India and China

Some problems--ensuring that every human being has access to communications, clean water and sanitation, freedom from violence or hunger or disease often seem intractable.


The difficulties sometimes can obscure genuine progress. Fewer people than ever can remember when “people unable to make a phone call” was a major problem. That remains a problem in some population segments, but largely has been solved.


The new problem is how to give everyone access to the Internet. The barriers are formidable, but there is every reason to believe that problem also will be solved, and in relatively short order. Major advances in access technology, costs of access, value of Internet apps and device costs all are helping set the stage for a prodigious advance.


For example, rates of mobile broadband, which virtually everyone assumes will be the way most humans get access to the Internet, globally, have the fastest rates of growth precisely in the areas that need access most.


Also, adoption rates are increasing non-linearly. In part, that is because smartphone prices are dropping fast, allowing more people access to mobile devices they can afford. In part, the prices of mobile Internet access are plummeting fastest in the areas where the need is greatest.


Significantly, Internet adoption increasingly is at an inflection point, promising rapid adoption in the near future. Granted, at the moment perhaps 60 percent of humans remain unconnected. But change is coming fast.


India and China are important, since they represent such a large percentage of the unconnected. Those two countries represent 54 percent of all the people remaining to be connected.

Given the expected growth rates in China and India, half the world's Internet access gap will be closed quickly, as the adoption curves in those countries now have the same rate of change as earlier was the case in the United States and many other developed countries. 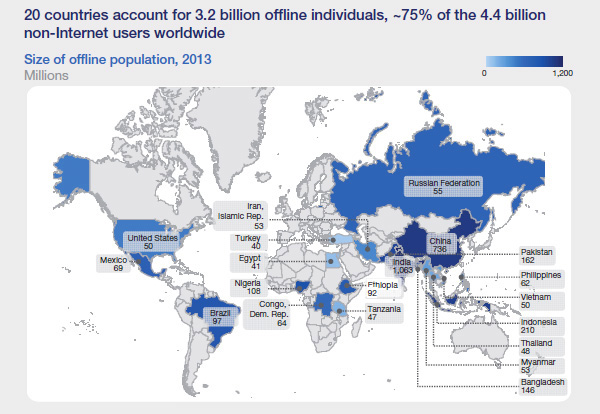 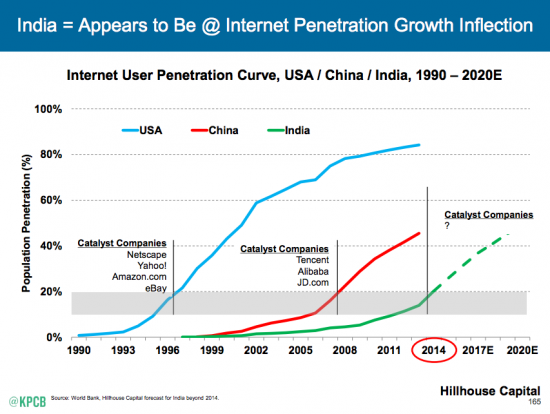 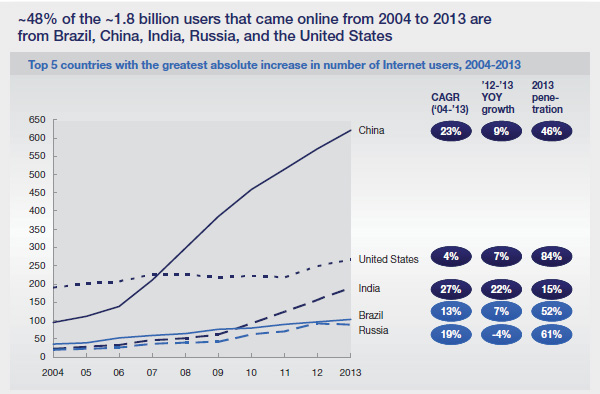