Asymmetric regulation of like services, provided by competing industries or segments,  tends to cause problems, sooner or later, as different rules applied to different providers is “unfair.”


Think only of the arguments some make about “network neutrality” and you get the picture: “all bits and apps and providers should be treated the same.”
Leaving aside for the moment the issue of whether that makes sense, or is possible or desirable, the principle of “like treatment” for apps, services and providers is, at some important level, a “desirable” principle, in terms of fairness.


The problem is that industries with entirely-different regulatory frameworks now find themselves competing head to head, and some industries are far less regulated than others.


At least in the U.S. market, the traditional frameworks have varied from “no regulation” (magazines and newspapers) to “some regulation” (TV and radio broadcasting), “a bit more regulation than broadcast” (cable TV) and common carrier regulation (telcos). In addition, “dominant” telco providers have obligations small providers do not.


The situation screams for “harmonization,” some would argue. That always is more difficult than might be thought to be the case, as participants often will fiercely resist reclassification and new rules, especially when the new rules are deemed harmful to the basic business model.


To make the basic argument, value and profitability have shifted towards app providers and cable TV companies, and away from telcos. That can be seen in the dramatic changes in market share for high speed Internet access, arguably now the foundation service for any fixed network.


In 2015, for example, cable TV companies not only continued to add more net accounts than telcos, in several quarters cable TV had more than 100 percent of net additions. 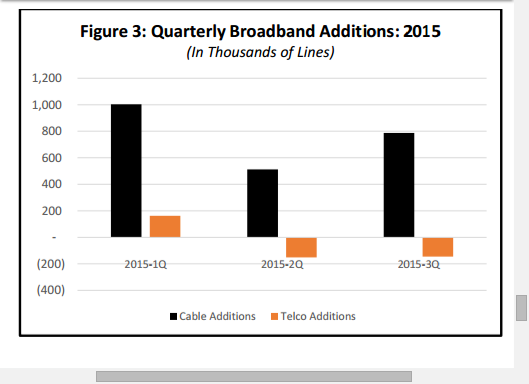 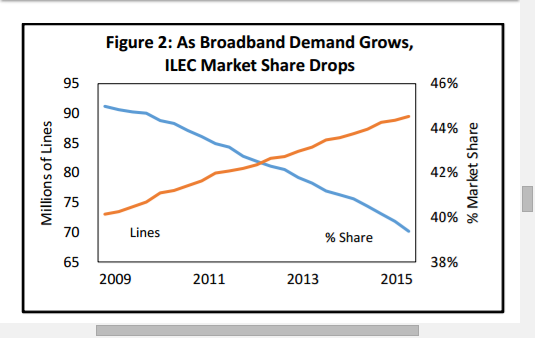