Shift Away from "Calling" Continues

Though, globally, mobile calling volumes continue to climb, developed market users often are using voice less, messaging more. Mobile voice volumes as measured in minutes have increased by 20 percent between 2012 and 2015, for example.


Deloitte Global, for example, predicts that, in 2016, 26 percent of smartphone users in developed markets will not make any traditional phone calls in a given week.


“They have not stopped communicating, but are rather substituting traditional voice calls for a combination of messaging (including SMS), voice and video services delivered over the top,” Deloitte Global says.


The percentage of adults using instant messaging, for example,  more than doubled from 27 percent in 2012 to 59 percent in 2015. 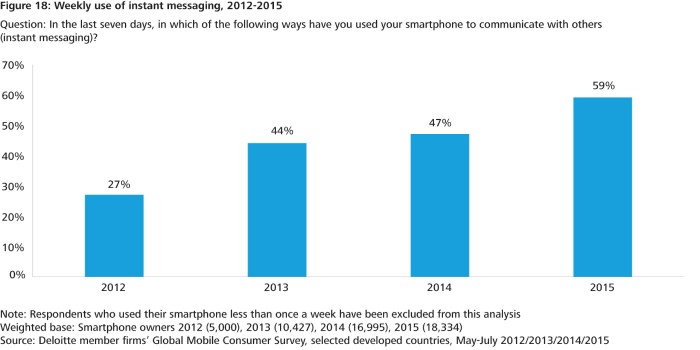 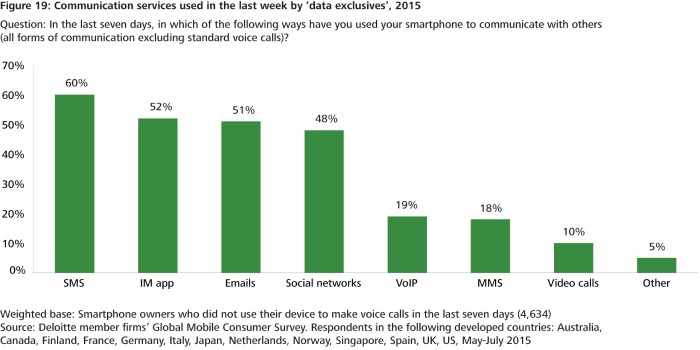