Paradoxically, Higher Capex is a Negative Unless Big New Revenue Streams are Created

Paradoxically, heavy capital investment in telecom networks often is considered to be a negative in financial markets, even if such investment results in higher consumer welfare and an arguably better long-term strategic position.


So it is mildly surprising to hear Globe Telecom touting aggressive spending to improve services in the Philippines. Some might argue that is the only way Globe, and others, can prosper, long term.


Still, it is somewhat uncharacteristic to hear Globe touting a boost in its capital-to-revenue ratio up to 28 percent in 2015, after climbing to 27 percent in 2014.


Globally, telecom capex-to-revenue ratios have been running between 15 percent and 20 percent, with a declining trend.


There is a clear logic. Global telecom revenue growth has dropped to less than GDP growth, according to PWC.


“Some segments (e.g., fixed line) are already in absolute decline, and even global mobile revenue is expected to begin declining in 2018, according to some researchers,” says PWC.


Under such circumstances, it no longer makes sense to invest as heavily as once made sense, since revenue gains will underperform the intensity of the investment. That is a strategic issue of paramount importance.


Ongoing investment might be required, but financial returns might be slim. Inevitably, that means the challenge is to uncover and discover big new revenue streams that justify higher sustainable investment. 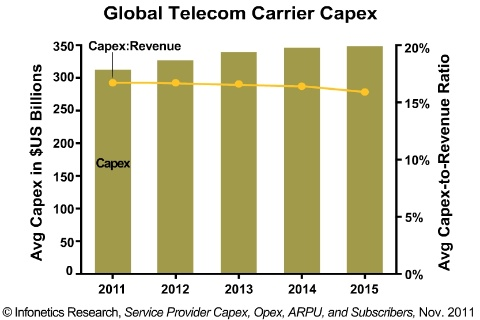 
Of course, much depends on what sort of infrastructure is being deployed. Capex in the mobile business is less expensive, compared to fixed network, but also includes spectrum costs.


Still, generally speaking, U.S. mobile market ratios have been falling for some time. 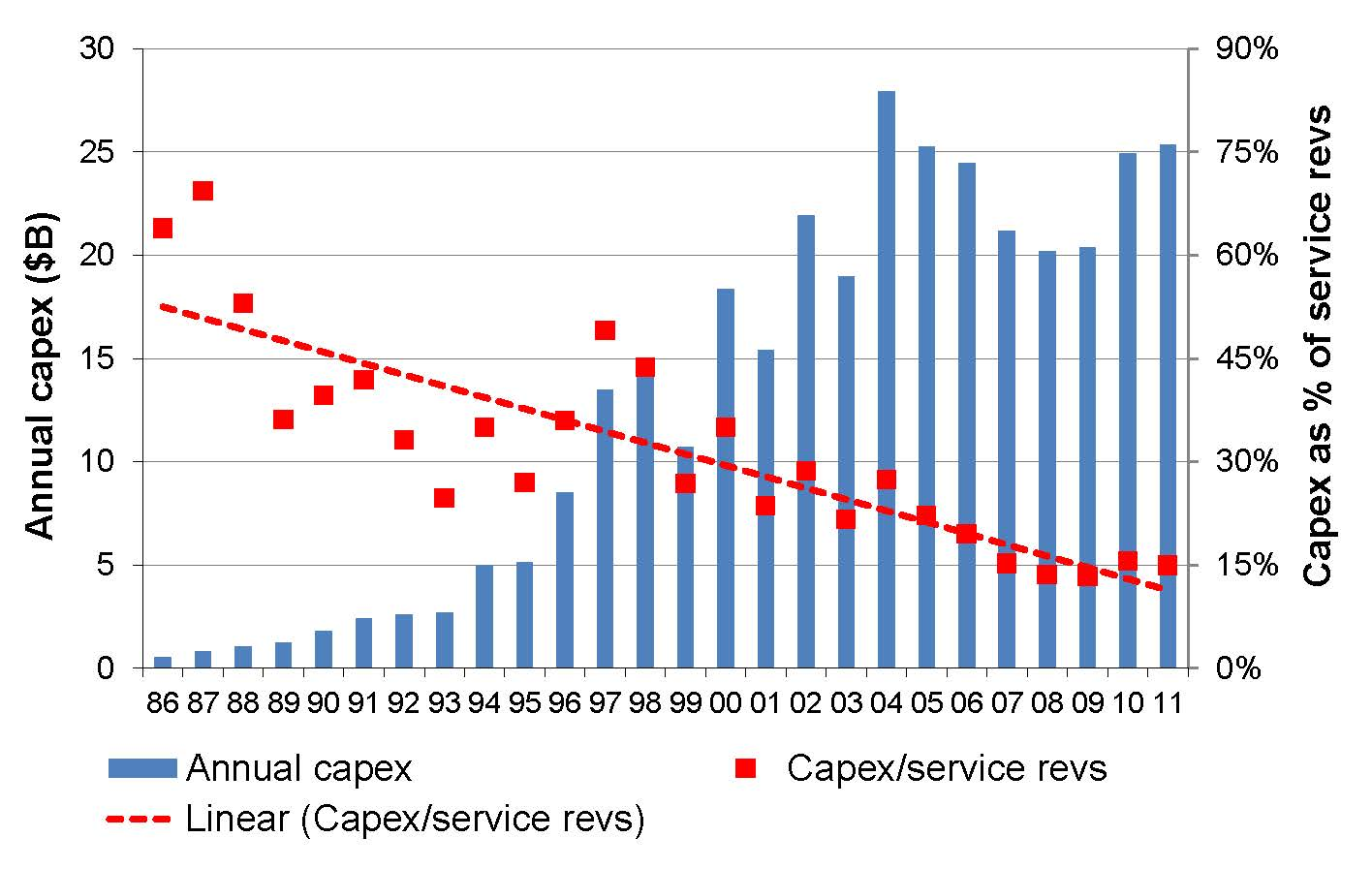 
Fundamentally, higher capital investment, relative to revenue earned, is a difficult long term proposition. What must be discovered are ways to boost the “revenue” part of the ratio. Higher sustained investment is possible, when that happens.
at January 30, 2016