Disagreements about what network neutrality legitimately entails aside, trends in the Wi-Fi hotspot market are trending in the direction of quality assurance and “carrier grade” rather than “best effort,” a concept at the heart of the network neutrality debate.


“The Wi-Fi market is undergoing a major transformation driven by the introduction of carrier grade Wi-Fi networks which offer improved security, QoS (Quality of Service) and an enhanced user experience compared to best-efforts Wi-Fi,” say researchers at Juniper Research.


That change will affect business models in both the fixed and mobile domains, allowing some fixed network owners to create new revenue streams, while enabling lower-cost mobile business models.


Cable TV providers will be primary beneficiaries of both trends, while mobile operators largely will benefit from the latter trend.


To the extent that carrier grade Wi-Fi becomes a viable substitute for mobile network access, it is likely that cable operators and fixed line telcos will be responsible for an increasing percentage of deployments, Juniper Research predicts. In at least one sense, that implies the function of the fixed network is backhaul for untethered and mobile services. 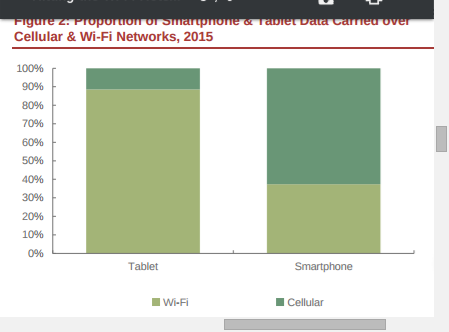 
Among the leading trends of the next five years, where it comes to Wi-Fi, aside from the trend towards quality-assured Wi-Fi, is the functional integration of Wi-Fi with other networks, which means that the Wi-Fi network can be controlled from the operator’s core network, Juniper Research notes.


Globally,  at least 33 percent of consumer at-home routers will be used as public Wi-Fi hotspots by 2017 and that the total installed base of such dual-use routers will reach 366 million by the end of 2020, Juniper Research argues.


Major broadband operators such as BT, UPC and Virgin Media in Europe and several of the biggest cable TV operators in the United States, such as Comcast and Cablevision, are leading adopters.


Free Mobile in France also has used such hotspots to contain its operating costs in the mobile business. By 2014 Free Mobile had put into place some four million hotspots. BT in the UK also has apidly extended its Wi-Fi coverage by using Homespots. 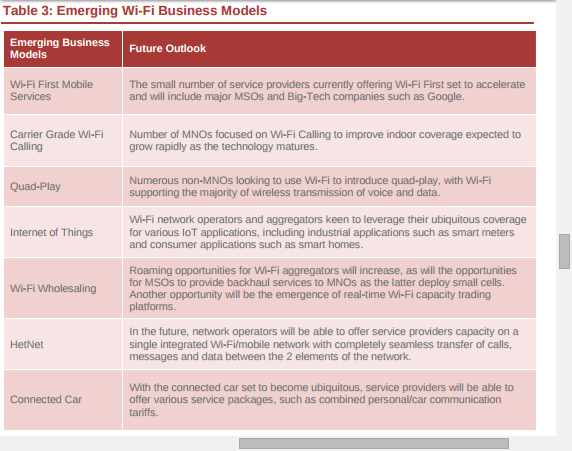 The bottom line is that the technology changes will create new business model and revenue opportunities for at least some new contestants in the mobile business. Cable TV providers will be the biggest winners, many would argue.


But mobile service providers also will be able to leverage the platform to contain their operating costs and capital investment demands.

In some markets, Wi-Fi hostspots will allow new entrants to rearrange mobile markets.
at January 27, 2016