Cloud computing infrastructure spending was about $60 billion for the 12 months ending in September 2015, according to Synergy Research Group, growing 28 percent annually.


About $47 billion was earned by sales of various cloud services. 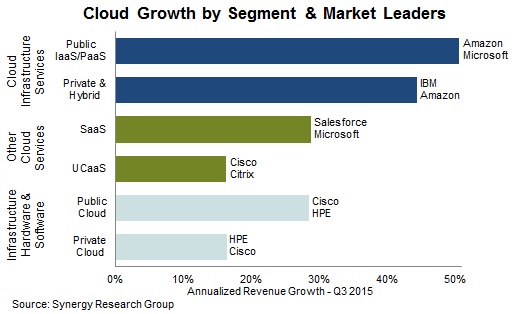