Consumers ultimately drive demand for all communication and content services, it goes without saying. The corollary is that a relatively limited number of “content stores” will aggregate and deliver the bandwidth-intensive apps (entertainment video, largely) consumers demand.


That is not to say entertainment video is the “most important” type of app people want to use. They want to use many. But as a driver of bandwidth, video is everything.


IP video will account for 80 percent of all IP traffic by 2019, up from 67 percent in 2014, according to the Cisco Visual Networking Index.


With the caveat that IP traffic is not 100 percent of data traffic, the fact remains that IP networks will, by virtue of traffic volume, become content delivery networks.


Another corollary is that global bandwidth is driven from a relatively limited number of locations, including major video app provider data centers. If that is true, then the economics of “owning” rather than “leasing” long haul bandwidth are changed.


That is likely one reason IP transit volumes are dropping. It simply is easier for bandwidth-dependent content stores to create their own facilities. That, in turn, is one reason why peering represents more of the total amount of global network interconnections. 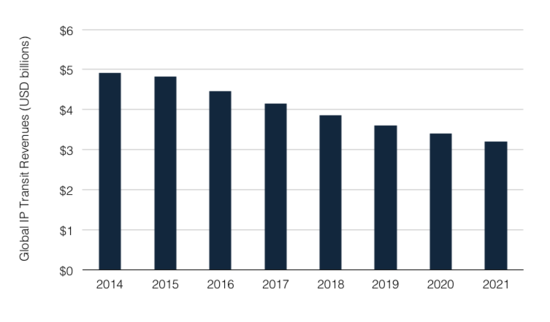 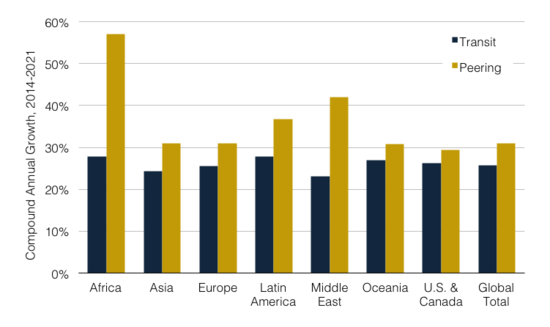