Globally, average revenue per subscriber for the largest 15 service providers has declined since 2003 to 2013 by about 69 percent, according to IBM.

Globally, average profit margins for the largest 15 service providers--operating in at least 10 countries each--has declined by four percent in the 2003 to 2013 period. For single-country operators, margin has declined 22 percent. 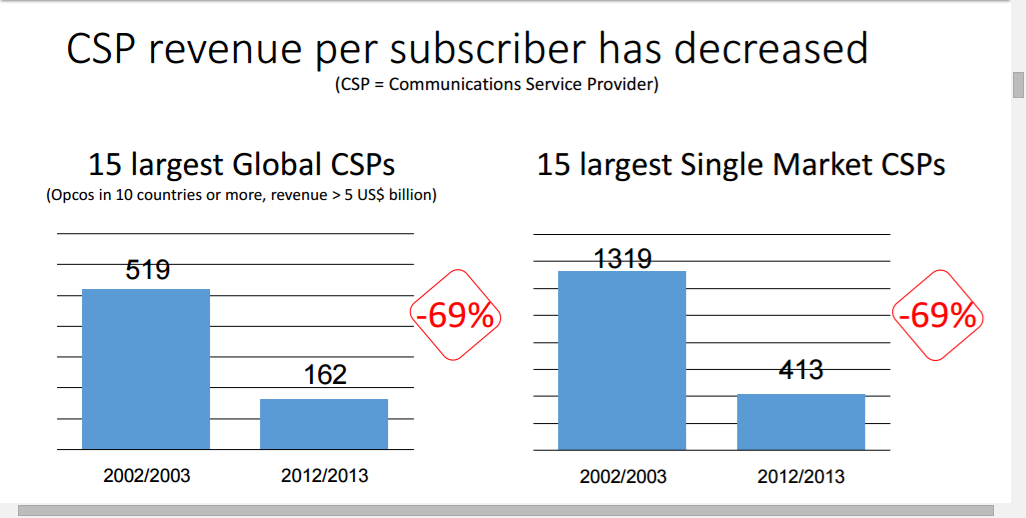 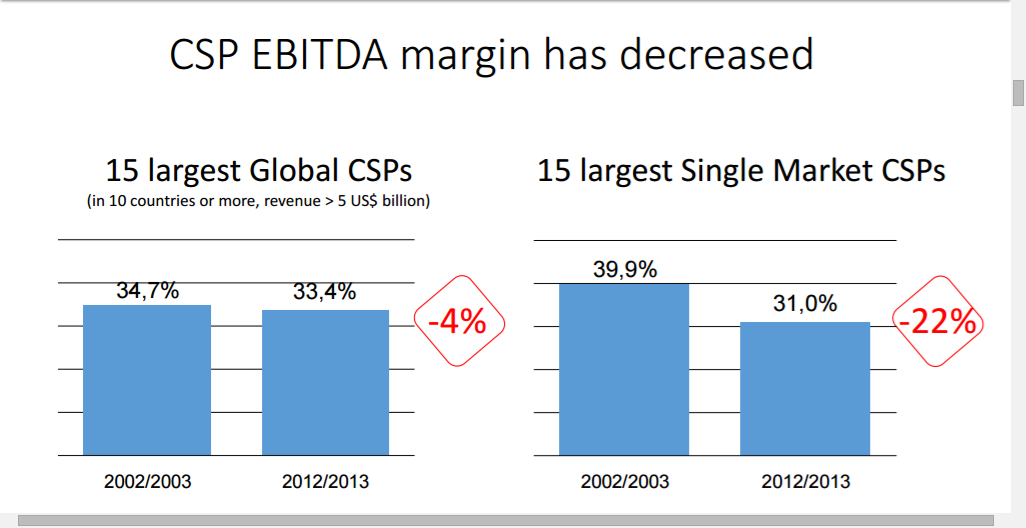