Are Households Spending More, or the Same, On Communications, as a Percentage of Income?

It is hard to tell exactly what percentage of household or personal income U.S. residents now spend on communications services, including entertainment video, mobile, fixed voice and Internet access.

One issue is that U.S. statistics collected by government agencies often do not break out “Internet access” as a category, though “mobile” and “fixed network voice” are counted. So there always is the possibility that Internet access should be added to estimates of “telecommunications spending as a percent of income” (household or individual).

Historically, one might have argued that U.S. households spent about two percent of income on communications (exclusive of video entertainment).

By about 2008, 2.5 percent of income was a reasonable description of consumer spending on communications.

Since then, it might be reasonable to argue that spending on mobility and Internet access services has grown. The caveat is that mobile average revenue per user likely has fallen, even if the number of users and connected devices has grown.

Internet access (fixed network) average revenue per account probably has been relatively flat. But some estimate Time Warner Cable has been able to obtain higher ARPU, growing from $40 a month in 2009 to over $54 per month in 2014, as users have migrated to faster tiers of service that cost more. 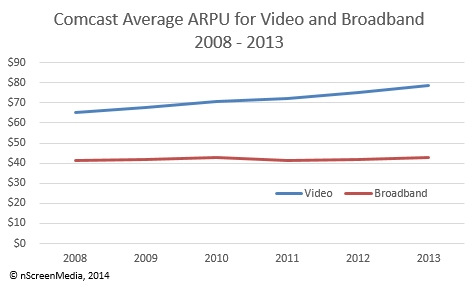 All that noted, there likely is a bias towards a slightly-higher consumer spending percentage for fixed network communications services, since at least 1990.

But it is complicated. Much-higher spending on mobile services is countered by widespread abandonment of fixed network voice services.

And, overall, most triple-play providers are bundling services, and offering consumers effective price discounts when buying such packages. 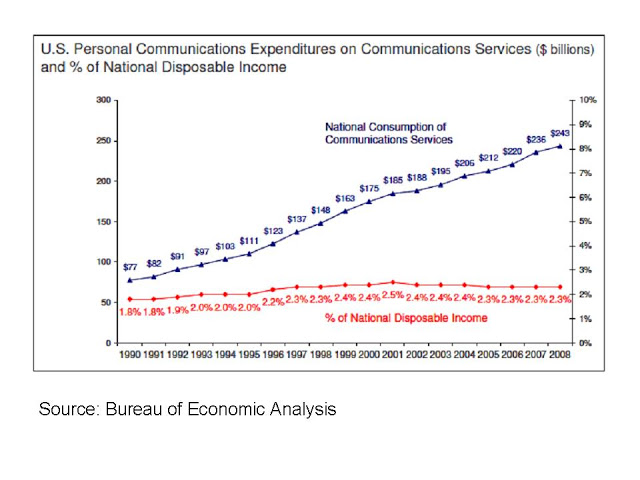 A study by iYogi in indicated in 2012 that U.S. consumers spend as much as four percent of income on phone and Internet services, and certainly more than they spend on utilities. That math is not hard.

Utilities are “whole household” services, while mobile services are “per person.” Any household with multiple mobile users is likely going to spend more on mobility than utilities (electricity, gas, water). 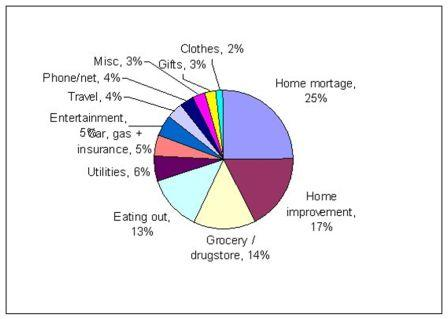 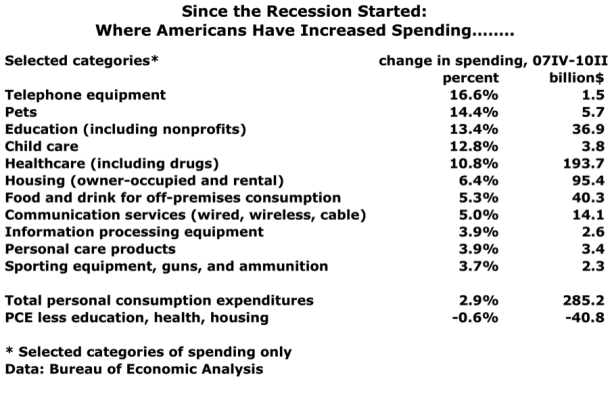 The main point is that it is very hard to tell whether the percent of income U.S. residents spend on communication services is growing or flat. The only unlikely trend is that aggregate spending is declining.

The other imponderable: is typical household income growing, flat or shrinking? Holding everything else constant, growing income reduces the percentage spend on communications. Shrinking income boosts the spending percentage.

Most of you would likely agree that there is only so much incrementally higher spending any household or individual will undertake, no matter how much more income grows.

On the other hand, most of you also would tend to agree that declining househld or personal income will likely lead to less spending on communications. That might, or might not, change the "percentage of income" metrics.

The bottom line is that upside spending growth is limited, while downside spending is more linearly related to income drops.
at March 09, 2016