Demand for gigabit and other high-bandwidth consumer Internet connections arguably is not driven by application or device need for such bandwidth, but by multiple users sharing a single connection.

In other words, “sharing” is the driver for higher-bandwidth connections, not particular application requirements. That might change in the future, as higher-definition video formats become common.

“Today, whereas a family with two teenagers may have 10 devices connected to the Internet, in 2022 this may well grow to 50 or more devices,” a report by the Organization for Economic Cooperation and Development says.

“Across the OECD area, for example, the number of connected devices in households may rise from an estimated 1.7 billion today to 14 billion by 2022,” the report argues.

Internet of Things will provide the greatest amount of device growth.

Google Fiber asks, and tries to answer the question of What can you do with a gig?  For the foreseeable future, application bandwidth will not likely be the value driver. Instead, sharing bandwidth across a number of devices is the value.

As business special access value once was the ability to support multiple devices at lower costs than discrete connections, so the value of higher-bandwidth Internet seems to be the same sort of multiplexing.

Google suggests “streaming videos, movies, and TV shows” will happen with little to no delays or buffering” are among the reasons to buy a gigabit connection.  Netflix Super HD video content is cited as an example of gigabit access connection value. But that feature also can be supported by 25 Mbps connections.

Google Fiber cites value for multi-user households, but again that is not exclusive to gigabit access speeds, though clearly the key value proposition for most higher-bandwidth connections.

In fact, some might argue the advantage has nothing to do with speed, but with the lack of a data cap. Some Internet service providers currently cap data downloads at 250 GB per month.

Even if most users never encounter any experience issues, that could be the advantage for very-heavy users, though.

The point is that high speed Internet access remains in much the same position as PC OEMs once were, focusing on “speed” as the marketing platform. The industry has not yet--but will--reach the point that most consumers understand “speed” is no longer a reason to switch providers.

Then the marketing platform will shift in ways more tangibly related to end user value.

Beyond a certain point, latency performance advantages are hard to achieve.  As a generalization, latency is in the 75 milliseconds to 140ms range, even for sites that use a content delivery network.

The key point is that most U.S. ISPs have latency far below 75 milliseconds. So the bottleneck is the servers on the remote end of the connection, not the access links as such.

So, one way or ther other, the primary end user benefit of gigabit and other higher-bandwidth connections simply seems to be support for multiple users and multiple devices, not any single application, as such. 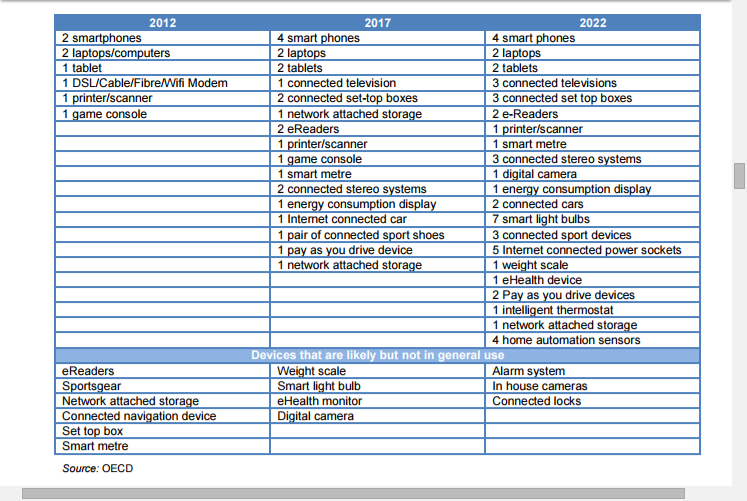