Most of the time, the shift to "over the top" video entertainment is seen to be a problem for linear video subscription providers and programming networks.

But a shift from linear to OTT video also has huge implications for the satellite services industry as well.

To the extent that much of the global satellite industry relies on linear video for its revenue, the coming demise of linear TV, and its replacement by over the top video, is going to pose the same sorts of problems for satellite firms as was caused by the maturation of the voice business.


Some 78 percent of operator service revenues, in fact, are earned from delivering video entertainment, according to the Satellite Industry Association.


In any industry, it is a challenge to replace a maturing revenue source representing that much revenue. In fact, that is almost precisely the percentage of revenue (80 percent or more) once generated by voice services, by fixed and mobile service providers.

Inevitably, we will hear arguments about how satellite providers can "move up the stack?" Increasingly, attention will turn to new revenue sources that can be discovered or created.

Obviously, "mobile services" are going to occupy center stage. For that reason, mobile backhaul is inevitably going to be seen as fruitful. 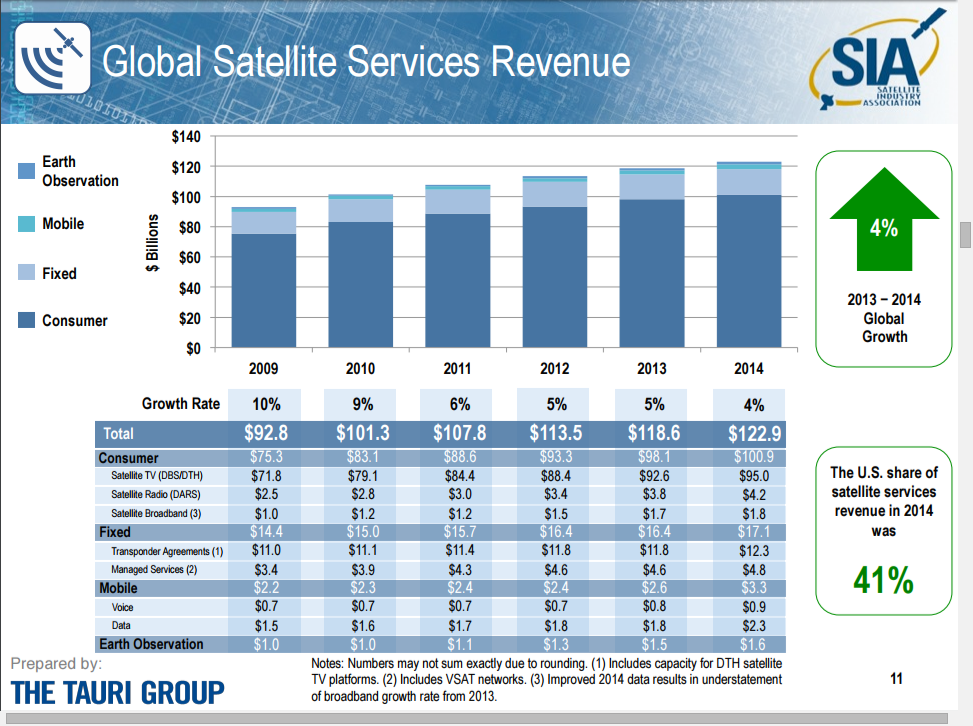