Fewer observers these days believe “what Google wants” from Google Fiber is solely to put pressure on the largest U.S. Internet service providers to upgrade networks faster. That has benefits for Google (Alphabet), but might be only one of several potential benefits.

Beyond that, every move that "commoditizes" other ecosystem costs likewise raises end user value.


Some think the growing range of deployment models (build and own; leased access; buildings) is part of a deliberate exploration of access economics that might lead to a fuller commitment to an ISP role within the ecosystem.


Certainly, other developments at Google suggest that role is inevitable. That is why Google is testing millimeter wave access for 5G, is testing unmanned aerial vehicles, plans to launch a fleet of balloons to support Internet access, has launched municipal Wi-Fi networks, supplies mobile service, supplies the mobile operating systems with the largest global installed base, builds at least some smartphones and has purchased mobile spectrum.


The full pattern of behavior suggests that, at the very least, Google will act as an ISP if it determines it must do so.


Beyond that, some might argue Google also is engaged in an extensive campaign to reshape regulations that directly affect the cost of the ISP business. To the extent Google Fiber succeeds, all ISPs potentially benefit. 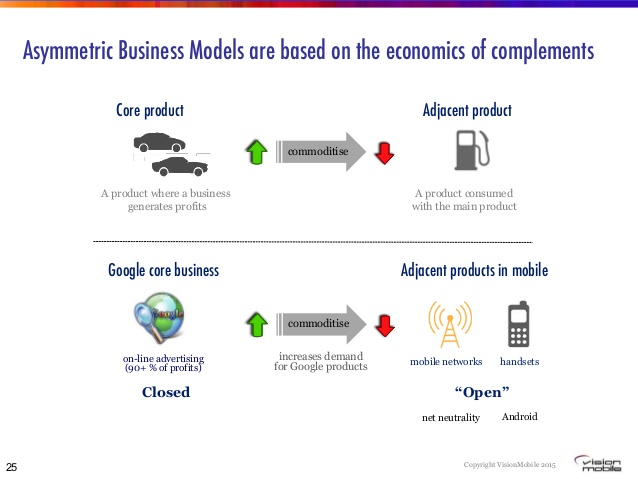 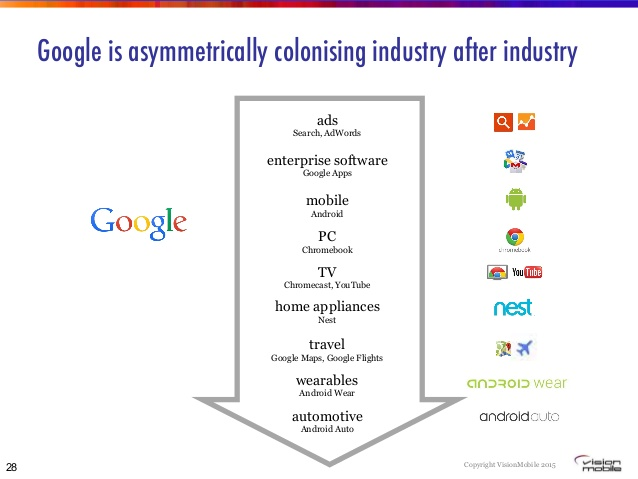 
Google also has a vested interest in reshaping public policy in ways that benefit application providers (network neutrality perhaps being the best example).


Practices such as ad blocking, for example, directly affect Google’s biggest business model, as traffic shaping might have done. By acting both in the policy and access provider domains, Google works to ensure a favorable climate.


The range of domains across which Google has to act arguably are growing, as well. Tax policy and antitrust are other fronts upon which Google is fighting against efforts that could reshape its own business model.
at March 01, 2016