Vizio Eliminates Tuners in Some of its TVs: What That Tells You

In times past, TV manufacturers were loathe to eliminate TV tuners from their TV sets, as that would imply the screens were “dumb monitors.” That argument should sound familiar to telecom industry executives.


There are some obvious arguments in favor of “dumb monitors,” however. Any consumer buying entertainment video service from a cable TV company, telco, satellite provider or Internet service provider is forced to use a decoder supplied by the service provider, making the TV’s own tuner superfluous.


And since, in many markets, more than 90 percent of TV consumers actually buy a service from a linear video provider, the TV tuner provides no value. It simply is not used. 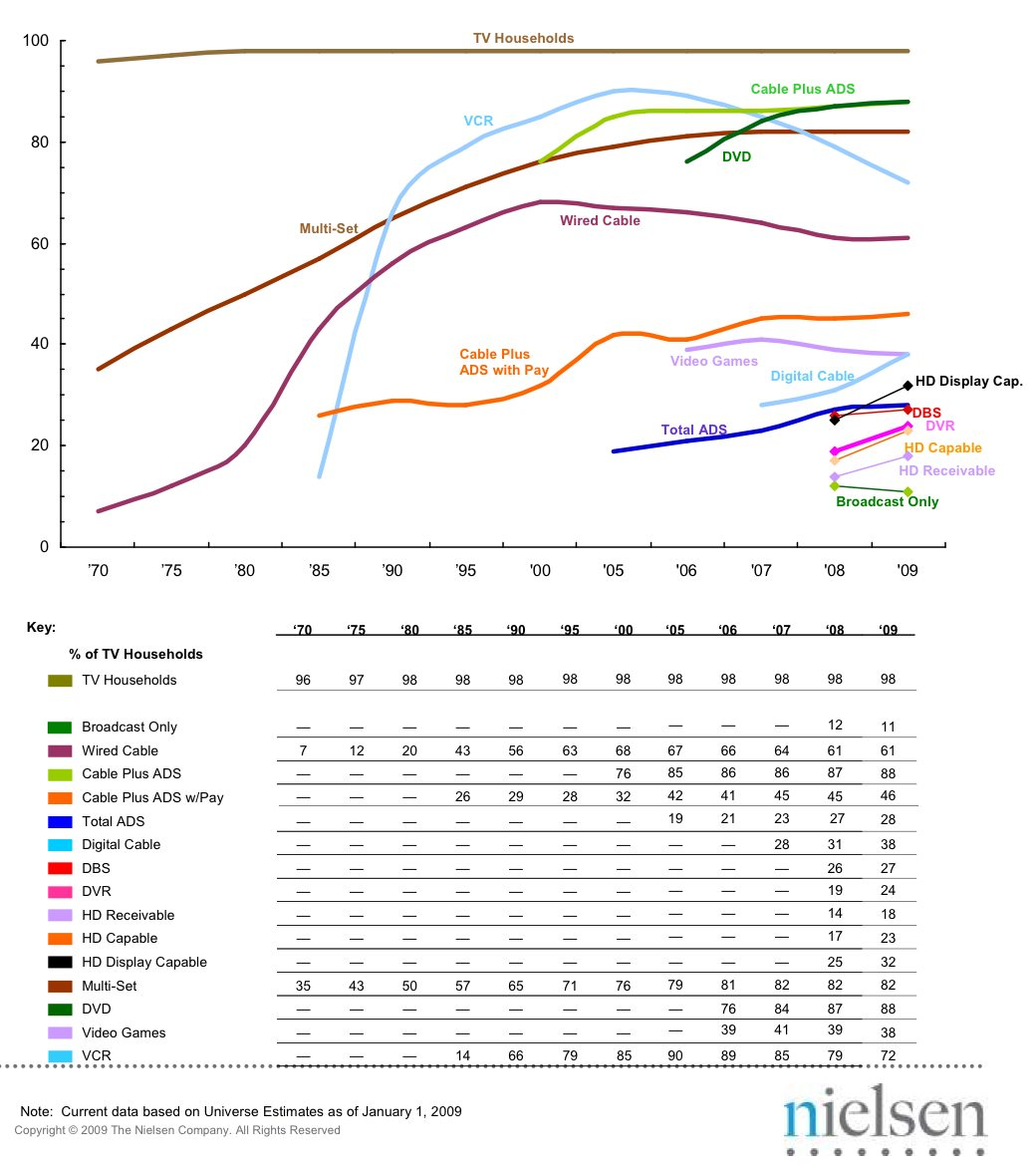 source: TV by the Numbers


Even if the fundamental difference between a computer monitor and a TV is the presence of the tuner and some differences in ports and audio output,  TV manufacturers in the past have resisted selling the equivalent of monitors.


Vizio, though, is breaking with past convention, building and selling tunerless TVs for some of its sets, especially the 4K big screen models. Consumers who buy linear TV service will lose zero functionality.


In fact, the only consumers not well served by such a device are those who watch over the air TV broadcasts, and do not buy linear video service.


For Vizio, eliminating tuners allows the company to shave cost from their TVs, while allowing perhaps 90 percent of buyers to use the displays with no loss of functionality.

Vizio is the first TV set manufacturer to finally acknowledge that built-in tuners are superfluous for most potential buyers.

Vizio is the first manufacturer to act in accordance with reality for possibly 90 percent of TV viewers, who no longer need a tuner to watch linear television.
at March 31, 2016