The strategy is not new. Decades ago, satellite master antenna firms wired up MDUs for linear TV, at a time when cable TV companies were avoiding doing so.


Some firms do the same, but use microwave (fixed wireless) to reach business locations in downtown business districts. In other markets, GigaMonster has sold access at speeds from 30 Mbps up to 1 Gbps.


CenturyLink already sells gigabit service in many neighborhoods, in many cities, across its footprint. Comcast will turn up gigabit service across Denver, at virtually every location, sometime in 2016. 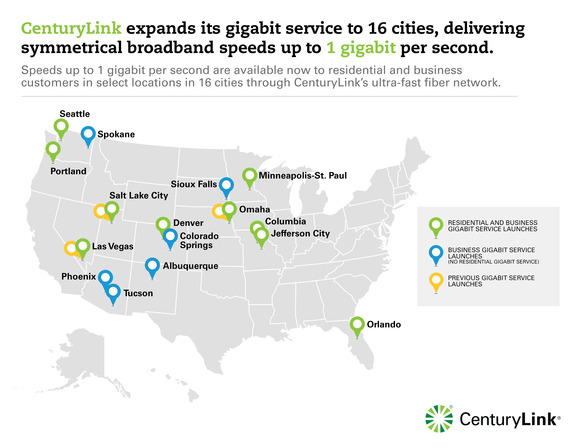