Though stating that “Internet access is available to most premises in San Francisco,” a consultant’s report to the city of San Francisco rightly suggests that “additional ISPs, whether public or private, would increase competition in the ISP marketplace.”


The study suggests a demand-driven buildout, where a city-owned network would be built incrementally, on the model of Google Fiber, might cost $393.7 million.


At an assumed market share of 30 percent of all ISP customers, and residential and commercial subscriber rates of $70 and $100 per month, respectively, revenues would not be sufficient to cover the $103.2 million in estimated annual debt service, capital and operating costs for 20 years until the initial construction debt is paid off.


A full-city, every location build would cost even more: $867.3 million.


Ongoing annual costs would be $231.7 million per year.


Assuming there are about 386,570 dwellings, and that all are occupied (actual occupancy is probably about 92 percent) and 32,360 business locations, a universe of about 418,930 locations must be passed by a ubiquitous network, the full cost of building the network, excluding drops and operating costs, is somewhere in excess of $2,000 per passing. 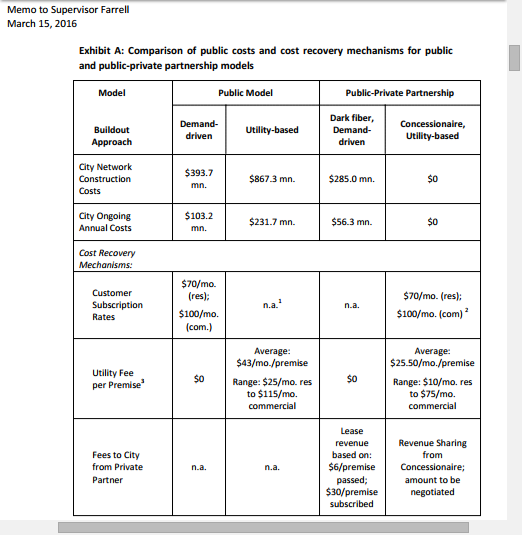 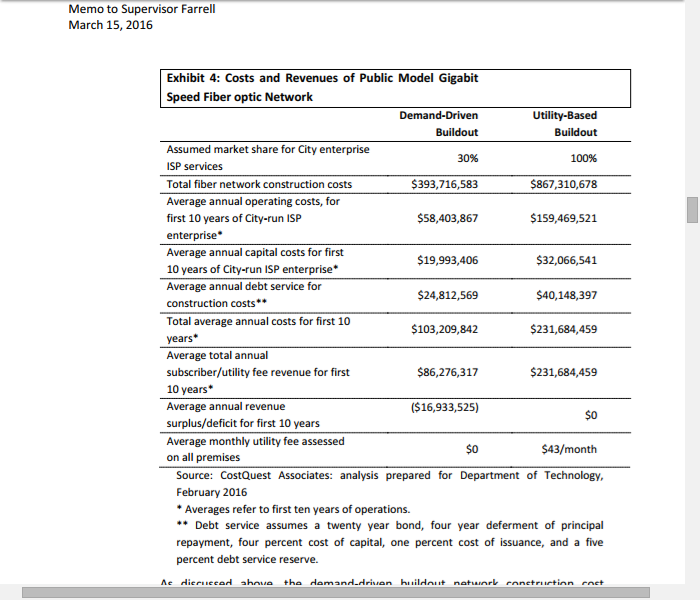