Some new developments in the U.K. high speed access infrastructure market illustrate the potential advantages of facilities-based competition in high speed access markets, as opposed to reliance on wholesale provided by a former incumbent supplier.

New players in the high speed access market will boost connections in the United Kingdom by 70 percent over the next five years, from almost nine million at the end of 2015 to more than 15.5 million by the end of 2020, IHS estimates, with much of that increase based on use of facilities-based alternatives to BT Openreach.

That means cable TV and other retail providers using physically-separate networks from Openreach will represent 78 percent of the customer base, leaving just 22 percent for BT and all other Openreach wholesale customers.

It is not impossible, but perhaps neither is it the most-likely outcome. 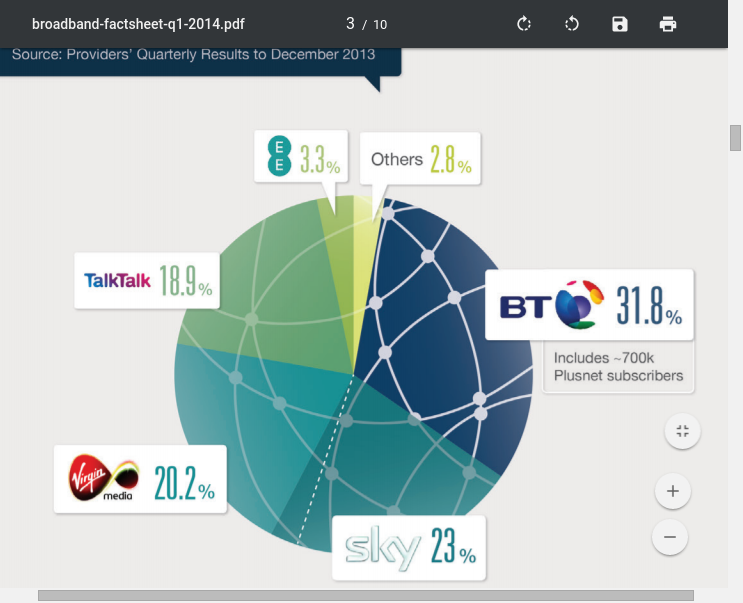 source: Thinkbroadband
Also, there is the example of Virgin Media, which passes about 12.7 million homes--some 48 percent of U.K. households--and represents most of the base of customers for “30 Mbps or faster” connections. Virgin has about 20 percent of the installed base of connections.

If you accept the IHS forecast, and also assume the facilities-based new providers serve customers other than those served by cable TV, then potentially all U.K. homes would be reached either by physically-distinct cable TV or other facilities not provided by Openreach.

That seems unlikely. So some of us might argue the actual installed base of customers using wholesale competitors to Openreach is going to be smaller than IHS forecasts. And that assumes Virgin Media does not gain any more customers, which also seems unlikely.

It might be possible to argue that, already in 2016, facilities-based competitors serve as much as 82 percent of U.K. households. That clearly would be incorrect, as BT  itself claimed in 2013 some 38 percent of U.K. Internet access lines.

But it might be easy to overestimate prospects for the “alternate” network providers. 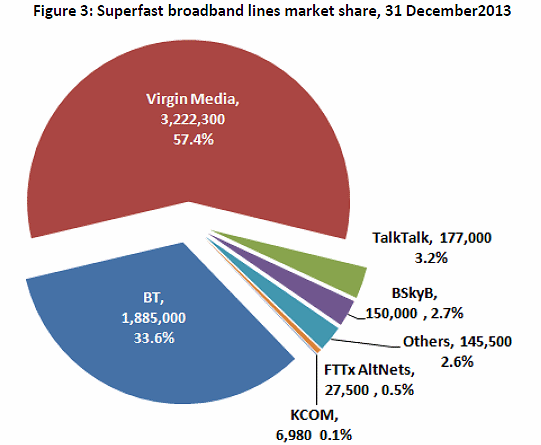