Games have become the single-biggest revenue source, as well, representing perhaps 72 percent of app revenue in 2013, according to Digi-Capital.


0.19 percent of all freemium game players contribute 48 percent of revenue, according to Swrve.


Of paying customers, 64 percent make one purchase, while only 6.5 percent of players make five or more purchases. 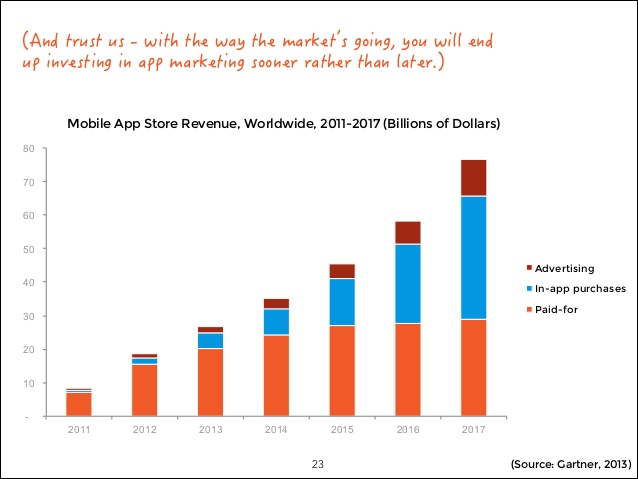 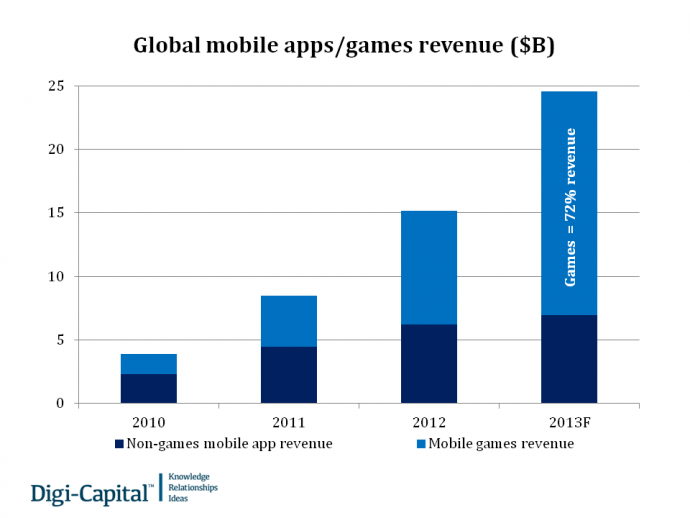 
\Swrve also found that a full 64 percent of players who spend money in games only do so once in the month (up from 49 percent in the original study last year). But it’s not all bad news for publishers. Total volume of spending per month increased by nearly $3 per player to $24.66.
http://landingpage.swrve.com/rs/swrve/images/swrve-mobile-app-report-0914.pdf?mkt_tok=3RkMMJWWfF9wsRoku6nIZKXonjHpfsX56%2BQrX6K%2BlMI%2F0ER3fOvrPUfGjI4DTMtrI%2BSLDwEYGJlv6SgFTrPHMat50LgJUxE%3D 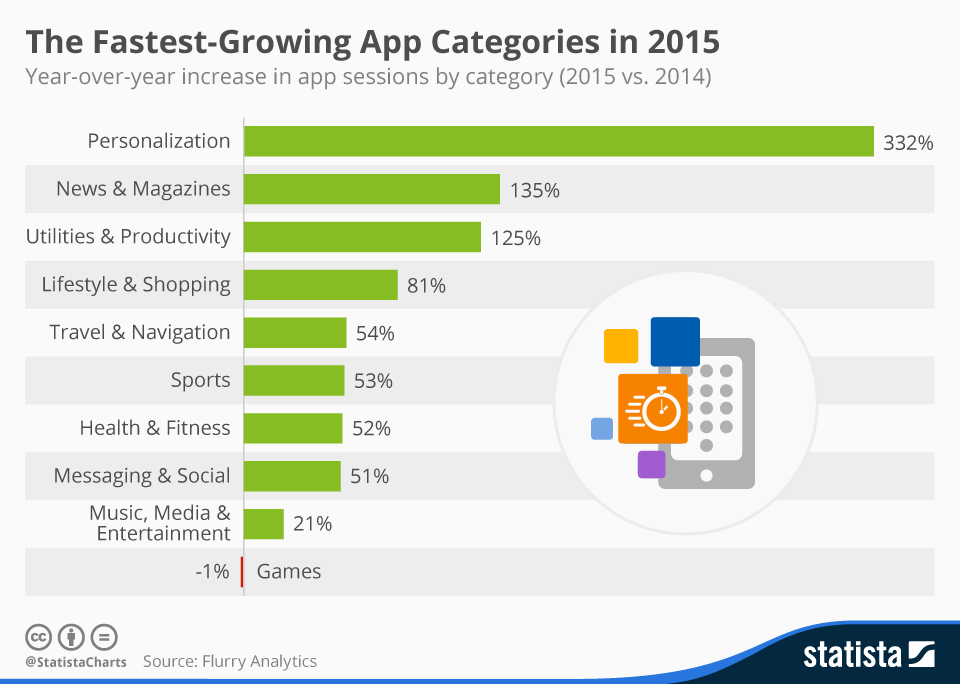 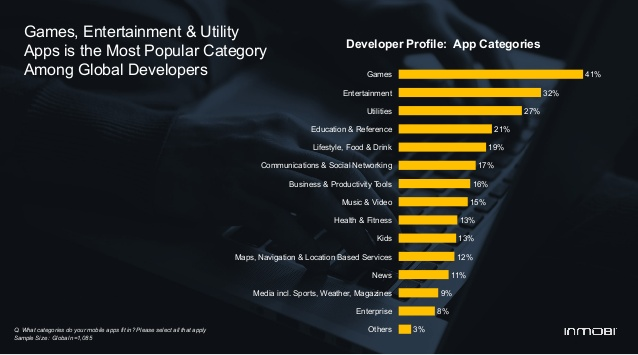