Many initiatives now are underway to bring Internet access to billions of users in developing countries, fast, ranging from new access platforms to less-costly smartphones.

Infinix is selling its first Android One smartphone, the HOT 2, in Nigeria, at a recommended retail price of N17,500 (US$87).


It’s also available to purchase online from distributor Jumia in Egypt, Ghana, Ivory Coast, Kenya, and Morocco. That makes the device available to about a third of Africa’s total population.


Android One, Google’s low-cost version of the Android operating system, is designed to allow manufacturing of low-cost smartphones. 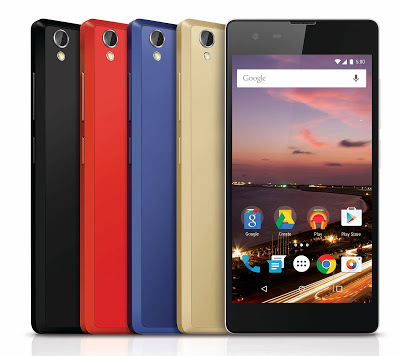 The Infinix HOT 2 runs the latest version of pure Android (Lollipop 5.1), which provides up to two times better battery performance. The device also automatically gets upgraded to the next version of Android.


Separately, Google is releasing a new offline feature within the YouTube app later in 2015 that allows people to watch offline. That feature is important in areas where there is limited or intermittent Internet connectivity.


Once taken offline, videos can be played back without an Internet connection for up to 48 hours.
at August 18, 2015