Will Carriers Ever Regain Some of Their App Creation Role?

The “triumph of hope over experience”is one way to describe thinking that communications access or transport  providers can substantially regain the app-creating role they once had in the telecom business.


That is not to say some gains can be made. That is one reason many service providers are enthusiastic about Internet of Things and machine-to-machine services. The real upside does not appear to be in the value of “access” subscriptions, but in the value of the services that use the connections.


In other words, the real money will be made in providing the monitoring and telemetry services, not the network access. The consumer analogy is Netflix. The value is providing the actual application and service, not the incremental value of the Internet access necessary to use the app.


Broadly speaking, that is the difference between carrier voice, messaging and video entertainment services, and Internet access. Internet access if, by definition in most markets, a classic dumb pipe service.


It is vital and necessary, but still a dumb pipe product--it provides the connection to things people want to do, not the “things” themselves.


For at least two decades, it has been true that most apps are created by third parties. There is a good reason: the Internet Protocol ecosystem mandates such separation of apps and access.


Yet hope remains that in developing new arenas, it might yet be possible to recreate a carrier role in creation and delivery of services and apps.


It is possible, perhaps even likely. Whether a fundamental change in application development will happen is debatable.


The IP ecosystem encourages, indeed mandates, app development that is completely separated from the provision of network access. To be sure, carriers can create apps and bundle them with access.


But it seems highly unlikely carriers can hope to create more than a relative handful of valuable and revenue-generating new apps.


As the saying goes, no matter how many smart people work for your company, most of the smart people in the world work for somebody else.


In other words, the sheer volume of potential app developers means no single carrier or firm can hope to create many more than a relative handful of the most-successful apps and services.


It would be in keeping with history to argue that if and when carriers become suppliers of some key apps, it mostly will be because they acquired those capabilities from others.


That’s not a criticism. It will always be the case that most of the significant app innovation happens somewhere else, by design and circumstance. That is the way innovation is supposed to work in an IP ecosystem. 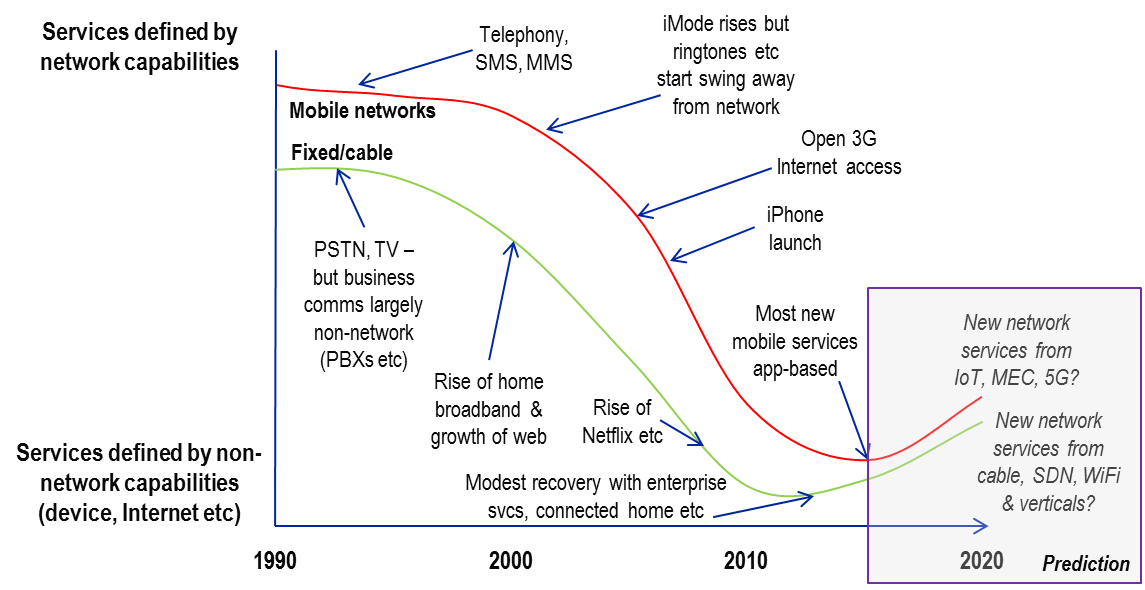