There are any number of ways to use the term “zero billion dollar market.”


The term can refer to any market potential less than $1 billion; a market that does not yet exist, but which can be created; or an existing market a disruptor can enter, capturing leadership of a much-smaller market.

And sometimes it is not clear which sense of the term ultimately will apply, even for successful attackers that create whole new markets. Apple often is cited as practicing the "create a market that does not yet exist" version of the strategy.

Other services, such as Skype or WhatsApp, might represent some combination of strategices--both creating a new market and cannibalizing an existing market that winds up being smaller.


So two of the ways the term of art "zero billion dollar market" is understood are negative for communications service providers. Any market smaller than $1 billion in annual revenue is too small for a tier one service provider to address. You can think of any number of products telcos have chosen not to create and sell as examples.


When products are sold through channel partners, those are examples of “zero billion dollar markets.” Service providers use channel partners because they cannot afford to sell direct, as the markets are not big enough to support the costs of selling direct.


Any disruptive attacks that shrink the size of the market likewise are unhelpful. Skype, or any other major voice over Internet Protocol app or service that is a direct or indirect substitute for carrier voice, provide examples of that.


But many practitioners of the zero billion dollar market strategy are not playing that game. Instead, the objective is to essentially destroy the economics of the present business model.


Skype and messaging services give away for free what telcos try to sell. They hope to create a new business selling new or complementary products. The new revenue streams do not have to be as big as the former revenue streams. They simply have to be quite attractive for the new providers.


Skype, Netflix and WhatsApp therefore raise uncomfortable questions for access providers and incumbent Internet service providers. Those services are not trying to take market share in the legacy business. Instead, they literally destroy the existing business, allowing them to create a new one that is far smaller than the older business, but dominated by the attacker.


It isn’t yet clear which flavor of “zero billion dollar market” Netflix actually will win. Netflix clearly represents a new category that did not exist before. In that sense it is like Apple creating the iPod.

But Netflix success--and that of similar efforts to follow--also could shrink the size of today’s linear video business, making it similar to Skype or WhatsApp.

It is not so clear what role Netflix ultimately will represent. As it creates a new business, Netflix might also reshape what remains of the linear subscription business. 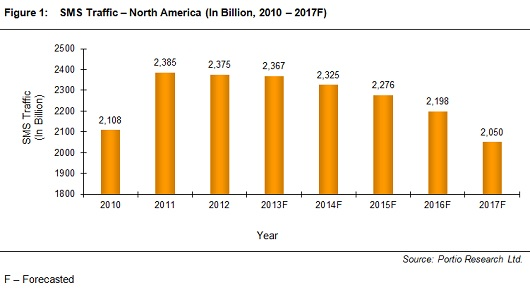